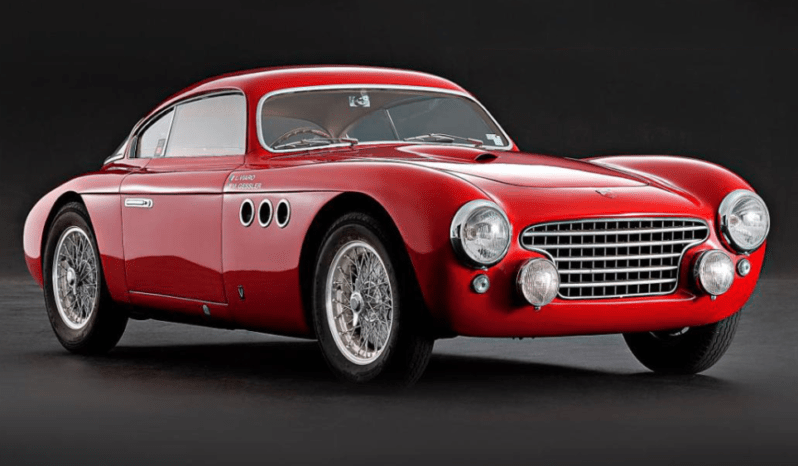 No other words could describe better this Vignale-Michelotti masterpiece. This was the first street car built by Karl Abarth, after the Cisitalia-Abarth 204. This car followed the decision to build a gran turismo berlinetta for a wealthy clientele: a brand new chassis was built, along with an aluminium coach. The 205-101 had a heavily tuned dry sump Fiat 1100 B engine with a Cisitalia head, two Weber 32 DR SP carburetors and a Magneti Marelli MVE4 magneto. This engine was said to produce around 80 hp. The three specimens made had chassis numbers 205-101/102/103. The first one was completed in march 1950, then joined the Coppa Intereuropa on 23 march 1950. The 205-101 arrived ended the race 1st in 1100 class, driven by Guido Scagliarini (co-owner of Abarth & C.). Abarth wanted this car to join the 1950 Mille Miglia as well, so it was provided with aerodynamics appendices before the race start: the stance was quite odd, especially for the time. Those appendices were made by Giuseppe Manera, an Abarth coachbuilder. However, the car arrived fifth overall, behind an Alfa Romeo 2500 Sperimentale and three 2000 cc Ferrari: a great result for a debut. Apart of historical notes, the only word which come to mind is only one: masterpiece. Beautiful lines, perfectly balanced proprortions and exquisite details make this car stand out of the crowd of that period cars.