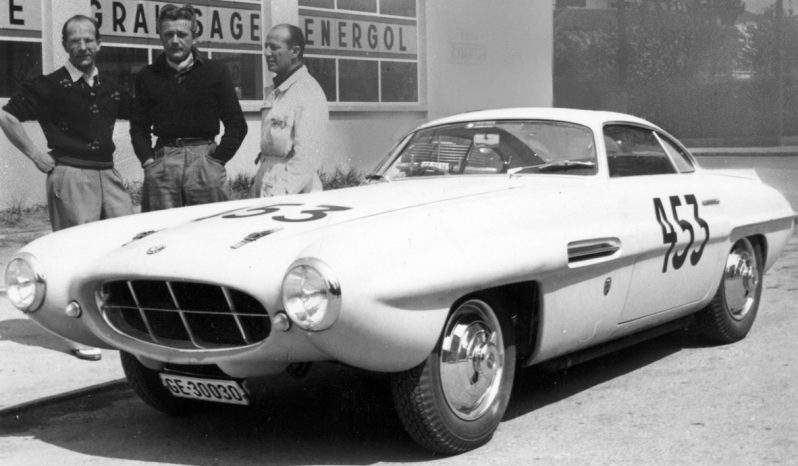 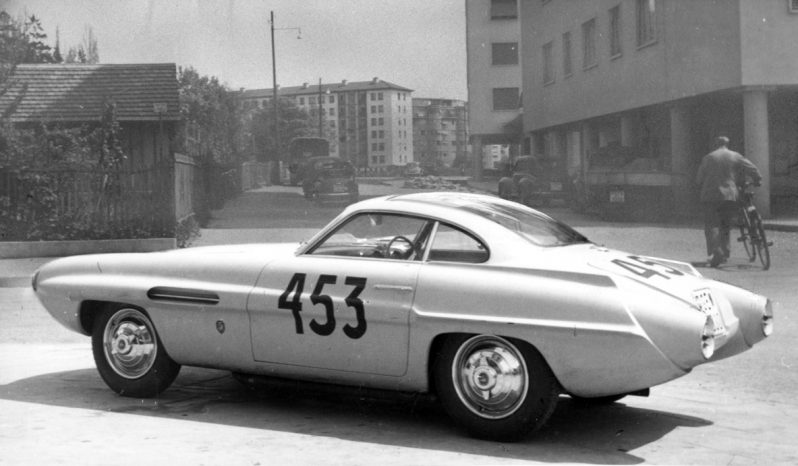 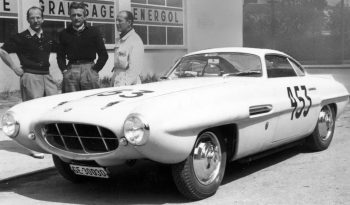 Leading up to the 20th Mille Miglia, Swiss gentleman driver Robert Fehlmann approached the turin tuner for Alfa Romeo and Lancia vehicles, Virgilio Conrero, with the desire to build him a special racing sports car for the upcoming race. As a result, Conrero first developed a racing car chassis. For the front suspension he chose parts of the Fiat 1400 and parts of the Lancia Aurelia for the rear suspension.
As an engine, he used an Alfa Romeo 1900, which he heavily modified and equipped with four Dell’Orto carburetors. The transaxle power transmission was also taken over by the Lancia Aurelia. For the development of the body, Conrero commissioned his friend Giovanni Savonuzzi. Savonuzzi, known by Cisitalia, had just become head designer for bodies at Ghia. He designed a streamlined body with a long bonnet, squat passenger compartment and short tail. The sideline resembled a fast plane or rocket, tapering at the front and nozzle at the rear. The roof was reminiscent of an airplane cockpit and had a rear window that stretched to the windscreen and gave the impression of a glass dome.
The first public presentation took place at the Turin Motor Show in 1953. There, the car was one of the big attractions. The car’s second public appearance was at the Mille Miglia, when it started as number 453. In the race, it crashed and burned out. The body, which was likely partly made of aluminum, was so badly damaged that it could not be saved.
Chassis and engine were however further used. Conrero revised the engine and designed a Spider body for the chassis. Now called Conrero Sport or Conrero Alfa Romeo Sport, the race car started again as number 511 while controlled by Fehlmann at the Mille Miglia in 1954. There, it featured a plexiglas dome, which wasn’t used again later.

The story behind: Ghia Supersonic