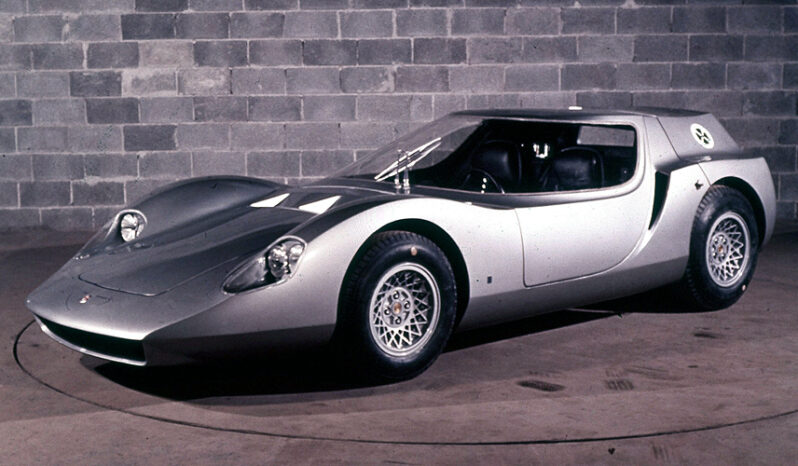 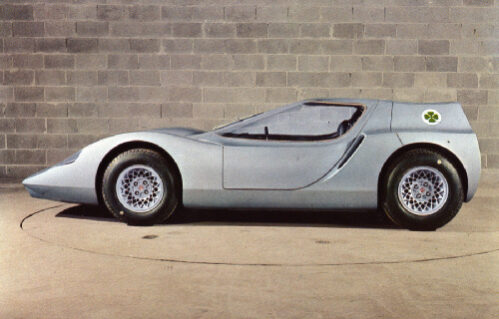 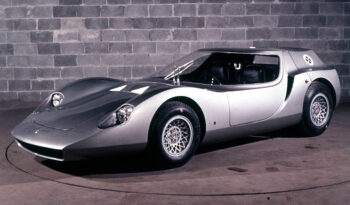 The Alfa Romeo Scarabeo is a concept car engineered by Giuseppe Busso and Orazio Satta Puliga for Alfa Romeo with a body design by Sergio Sartorelli at Officine Stampaggi Industriali. The car debuted at the Paris Motor Show in 1966.
After the Alfa Romeo Tipo 33 project was passed on to Autodelta, Giuseppe Busso proposed a new rear-engined sports car to Orazio Satta Puliga and his design team. The car was to use the same tubular chassis of the 33, but it was to be cheaper and lighter than previous designs. The car The Scarabeo was given the Inline-four engine from the Alfa Romeo GTA. The engine was mounted transversally in the rear of the car, along with the clutch and gearbox. In an effort to save costs, the suspension was based on the Renault R8. The tubular chassis of the Tipo 33 was used, and fuel tanks were mounted on both sides of the cockpit. The body design of the Scarabeo was given to Officine Stampaggi Industriali, a relatively new design company in Borgaro Torinese. The car was given a sleek and light design which allowed for great handling and a high top speed of 200 km/h (124.3 mph). After being displayed at the 1966 Paris Motor Show, a second prototype with a simpler design was built. A third Barchetta prototype was started but never completed. Despite refinement for production, the Scarabeo project was dropped in favor of a full racing program at Autodelta. The second and third prototype currently reside at the Alfa Romeo Museum.