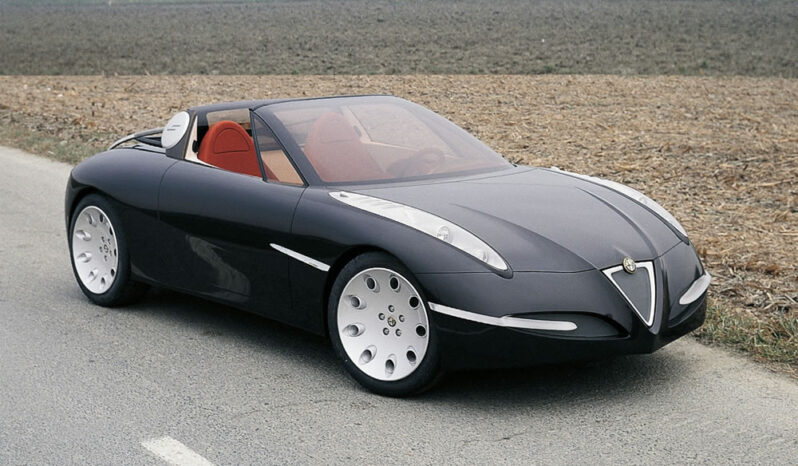 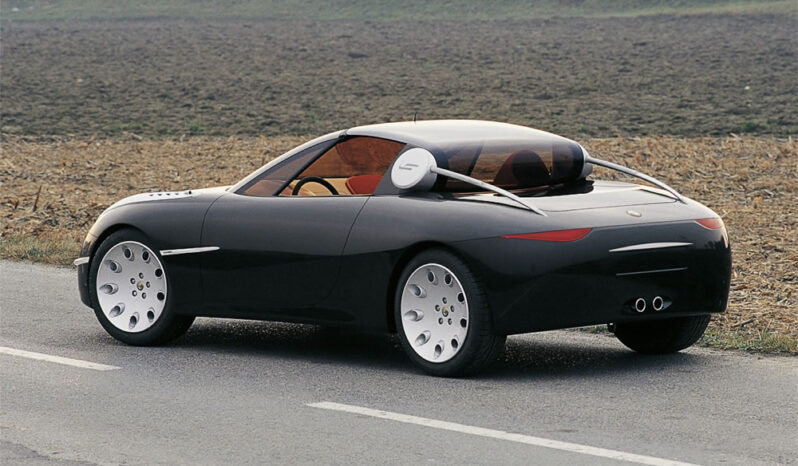 The Alfa Romeo Vola is a concept car designed by Leonardo Fioravanti in 2000. The car was presented for the first time at the 2001 Geneva Motor Show. One of its most notable features is a rotating glass roof. The deck lid hinges are concentric with the top, so the trunk access is freely available, as the open roof sits on top of the trunk lid. Originally livered in black with red interior, the Vola was shown at the 2005 Geneva Motor Show with a red paint and brown upholstery. The same idea was later used in the Ferrari Superamerica from 2005, also designed by Fioravanti and patented as a Revocromico roof. In 2008 the rear buttresses of the Vola were remodelled similar to the Superamerica.

The great topical subject for sports cars, the removable solid roof, has had very interesting but a little complex solutions recently.

Fioravanti has made its suggestion by applying a new concept of rotating roof with an innovative and extremely simple solution. While the well-known mechanisms power the roof down into the trunk,  “LF” is placed on the top of the trunk with obvious advantages both practical and of weight and more room for the luggages.

Another interesting aspect is that whether the roof is open or closed there is a very slight variation in the barycenter of the car.
The aesthetic solution chosen for Alfa Romeo shows, in a very “graphic” way, the basic priciple of the patent: …the rotation axis of the roof is the same as the one of the trunk axis….

There can be alternative lay-outs which look very different, but keep the same geometric conditions.

The roof, supported by a carbon fibre frame, is made of a variable transparent plastic for protection against sun rays and for rear visibility. It can be manual or automatic. In opening position the rear window area, rotating on itself, becomes an anti-turbolence device.

The typical “Alfa trilobation” features a new kind of fog lamps which are very long and thin and become indicator lights and emergency lights on the side.
Day lights, night lights and high beam lights are all joined in one single transparent element which is also used to let air out of the engine and as support for the rearview video cameras.

Another innovative design element is the rear/indicator lights which emerge from the rotation element of the roof. The rear-end of the of the car features typical Alfa Romeo elements such as the high, thin and separate tail lights.

The rear gear light is situated on top of the license plate which is lit from behind. For what concerns the interior design the same criteria of semplicity and components reduction has been followed, always looking for symmetry.

Basic element: two identical “canoes” in which are situated the seat, instruments,new kind of pedals and steering wheel on driver side, the seat and airbag-glove box on passenger side.

The symmetrical door panels feature a unique armrest also used as support and opening handle and air outlet.
The main instruments which are highly three-dimensional and very original lighted are side by side the rearview display. The steering wheel, with F1 gear shifts, is in carbon fibre and partially leather wrapped.

The central element between the two “canoes” includes a multi-functional display for GPS, telephone, climate controls, minor controls, the button to operate the roof and the control keyboard for other functions.