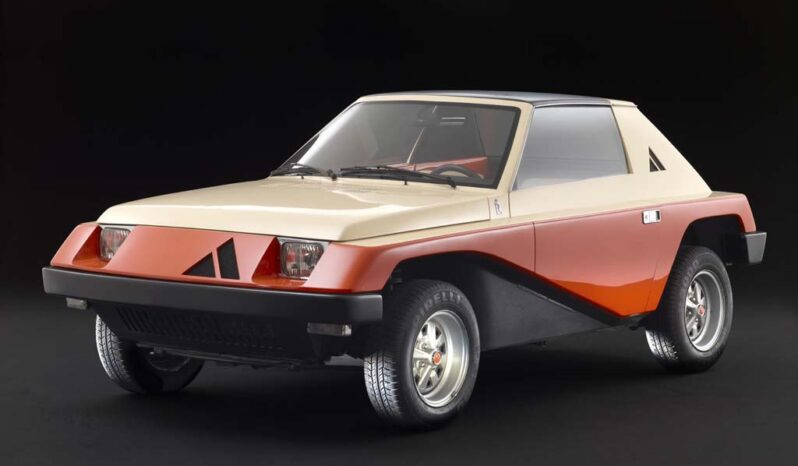 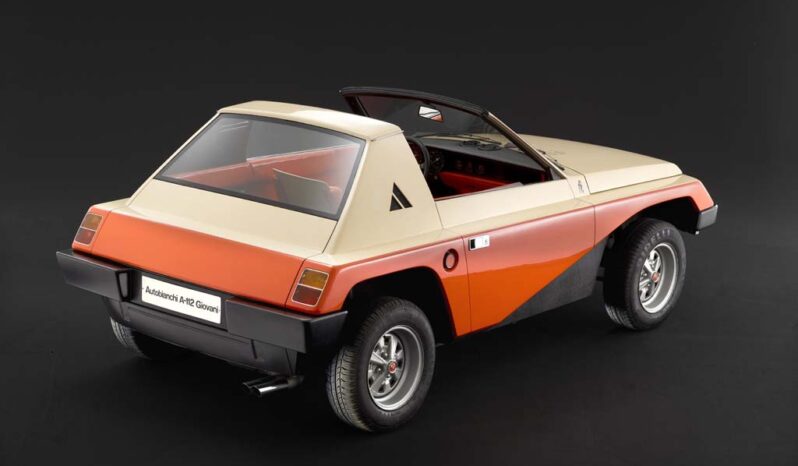 Perhaps motivated by the unexpected success of the Citroën Méhari, Pininfarina set off to design a lightweight multi-purpose vehicle powered by a Fiat-sourced drivetrain in the early 1970s. The result was the Autobianchi A112 Giovani that debuted at the 1973 edition of the Geneva Motor Show.

As its name clearly implies – giovani means “young” in Italian – the car was aimed primarily at younger buyers in the market for a fun and economical car they could commute in on weekdays and take to the beach on the weekend. Pininfarina started with a chassis borrowed from the Autobianchi A112, an affordable and efficient front-wheel drive city car introduced across Europe in 1969. The A112 was one of the Fiat Group’s best-selling models so parts were cheap and readily available in Italy.

The coachbuilder’s designers drew a boxy body with a relatively high belt line, a roll bar integrated into the B-pillars and large wheel arches. Stretching about 129 inches (332 centimeters) long, the car was characterized by plastic bumpers integrated into the body (a highly futuristic design cue in the early 1970s), a radiator grille shaped like the Autobianchi logo and a removable roof panel. The Giovani’s overall silhouette was modern for the era and in many ways it resembled cars launched ten years later.

To keep the cost of producing the car as low as possible, Pininfarina made the A112 Giovani’s body out of composite plastics and did not fit the car with an opening trunk lid. Instead, the trunk was accessed via the passenger compartment.

The Spartan theme continued inside the car, where the three-spoke steering wheel and the five analog gauges were sourced straight from the A112 parts bin. With room for up to two passengers, the Giovani’s cockpit featured a plastic dashboard and seats crafted from a combination of metal and a semi-soft plastic often found on boats.

Pininfarina fully intended on producing the Giovani so it went to great lengths to make sure the concept was fully functional. Mounted transversally over the front axle was a 982cc water-cooled four-cylinder engine borrowed from the A112 Abarth that sent 58 horsepower and 54 lb-ft. of torque to the front wheels via a four-speed manual transmission. Performance figures were never published but acceleration must have been fairly brisk considering the car’s low weight of 1,455 pounds (660 kilos).

The A112 Giovani generated a positive response in Geneva from both show-goers and the press but Pininfarina never took the car past the show car stage for reasons that remain largely unknown. The only example built has survived and currently resides in a private collection in Milan, Italy.