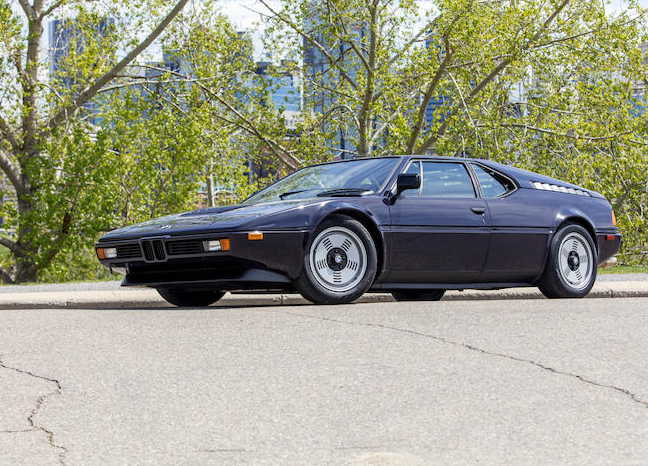 In the late 1970s, Italian automobile manufacturer Lamborghini entered into an agreement with BMW to build a production racing car in sufficient quantity for homologation, but conflicts arose that prompted BMW to produce the car themselves. The resulting car was sold to the public, from 1978 to 1981, as the BMW M1. It is the first mid-engine BMW automobile to be mass-produced; the second is the i8 hybrid sports car. The M1 coupé was hand-built between 1978 and 1981 under the motorsport division of BMW as a homologation special for sports car racing. The fibre glass body was designed by Giorgetto Giugiaro, taking inspiration from the 1972 BMW Turbo concept car. The tubular steel space frame chassis was the work of Gianpaolo Dallara but soon Lamborghini’s financial position and the possibility of the car’s production by the Italian manufacturer became bleak and BMW reassumed control over the project in April 1978, after seven prototypes were built.