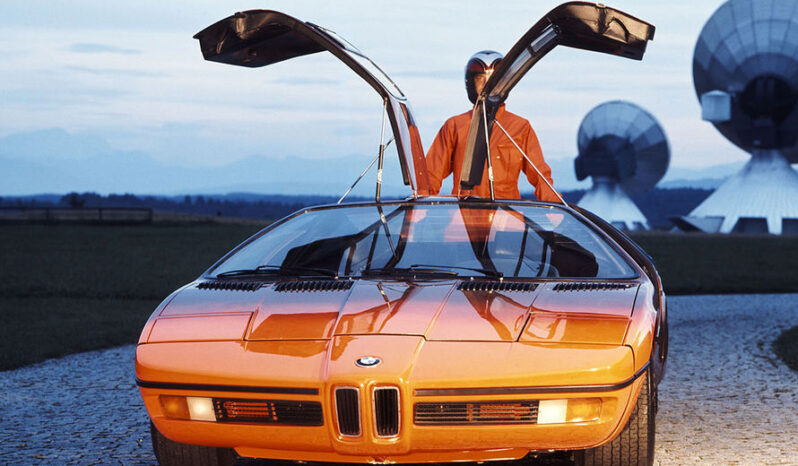 At the Paris Salon in October 1972 BMW unveiled a spectacular design study called the E25 Turbo. Despite its dream car looks and high performance underpinnings, the E25 Turbo was created to showcase a series of pioneering safety solutions. Paul Bracq, head of BMW design, was the E25 Turbo’s architect. It was built by Michelotti in Turin around a modified 2002 unitary steel floorpan. The wheelbase was reduced to 2400mm (nearly 100mm shorter than standard) and the chassis modified to accommodate a mid-mounted engine. Suspension was via a MacPherson strut arrangement at the front and semi-trailing arms at the back. Visually Bracq’s design was a complete departure from anything BMW had produced before. Aside from the trademark kidney grilles there was nothing of BMW heritage. A wedge profile, retractable headlights and Gullwing doors were de rigueur for any mid-engined concept of the era. Where the E25 differed from its peers was its extensive adoption of innovative safety features.