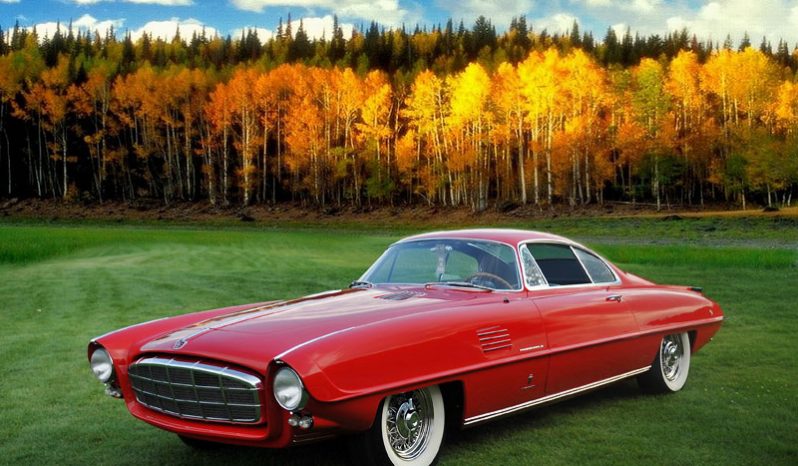 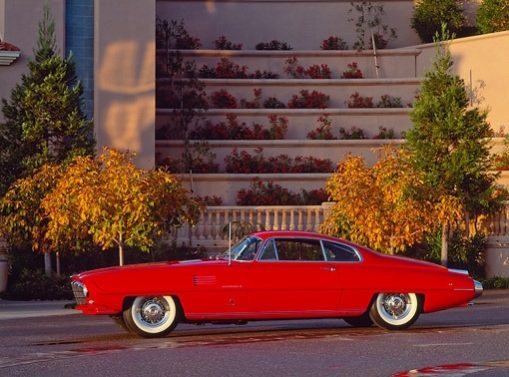 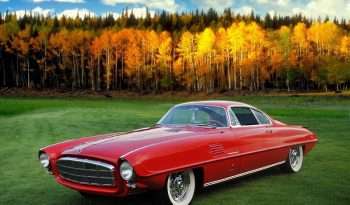 In early 1954, a Supersonic on a Fiat chassis was imported to Chrysler into the United States. Virgil Exner, chief designer, used the vehicle as a base and developed a design for the Chrysler S-19 chassis. Then, everything was shipped to Ghia in Italy and where the designed body was built. Upon completion, everything was returned to the US and the car was presented as DeSoto Adventurer II on June 16, 1954, at the opening of Chrysler’s Chelsea Proving Grounds (a development and testing site in Chelsea, Michigan). After this premiere, the car was returned to Italy and Ghia exhibited it in Turin and Brussels in 1954. The S-19 chassis was equipped with a DeSoto Red Ram HEMI V8 engine and a two-stage Powerflite automatic. The body, designed by Exner was built by Ghia resembled the supersonic design in the broadest sense. Since the vehicle is much larger than the rest of the Supersonics, the shape had to be adjusted accordingly. It features an Italian style interior. Despite its size, the Adventurer II is only a two-seater. A special feature is the retractable rear window.

The story behind: Ghia Supersonic