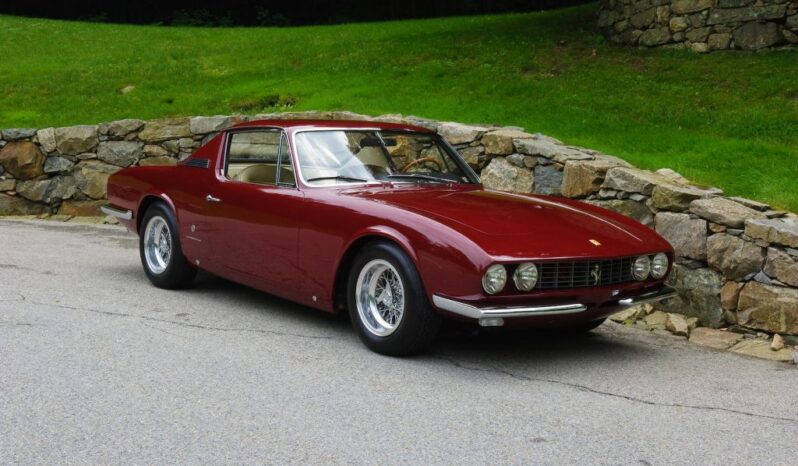 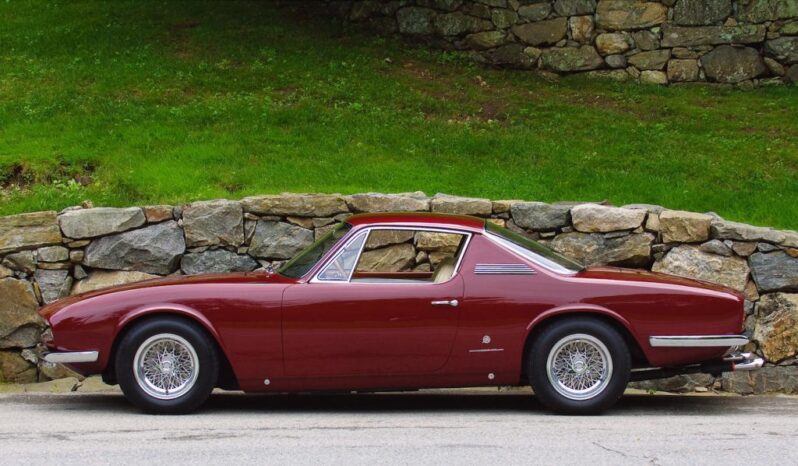 This 1967 Ferrari 330 GT Four-Liter Michelotti Coupe was a rolling chassis produced by Ferrari and then given to the famous coachbuilder Michelotti to be finished. The result was nothing less than spectacular and unique. Though the coachbuilding practice was on the decline for many marques, selective customers still appreciated the art of customization. Such was the case with Luigi Chinetti, the North American Ferrari importer and NART team owner, who was able to convince Enzo Ferrari to revert to the ‘old’ practice. Chinetti’s list of accomplishments includes a victory at the 1949 24 Hours of Le Mans and was an experienced driver with sophisticated and precise tastes. He had been able to convince Ferrari to deviate from standard production to create styles and designs that would appeal to the North American style. These became referred to as Chinetti Specials.This example carries chassis number 9083 and was given a beautiful body by Giovanni Michelotti. It is a one-off 330 creation which began life as on a 2+2 chassis and converted into a two-seater coupe.