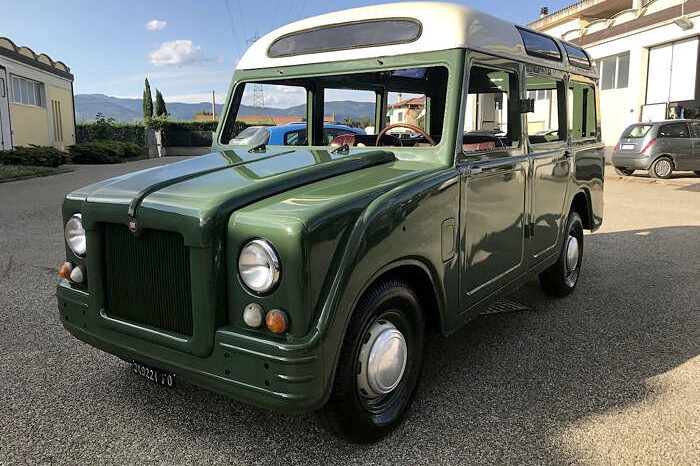 This very rare Fiat 1100 Industriale was transformed on commission by the Italian Army in 1959 into a 9-seater car by the Savio coachbuilder in Turin. The production was about 50 specimens and about 10 survivors, one of which is in the Museo dell’Arma. Even rarer is the version with steering wheel gearbox and Convertible with sunroof, like the Volkswagen Samba T1 of the same years.