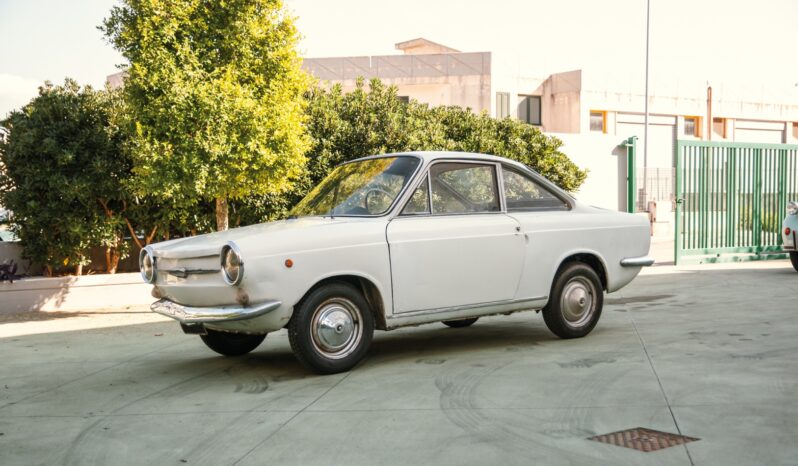 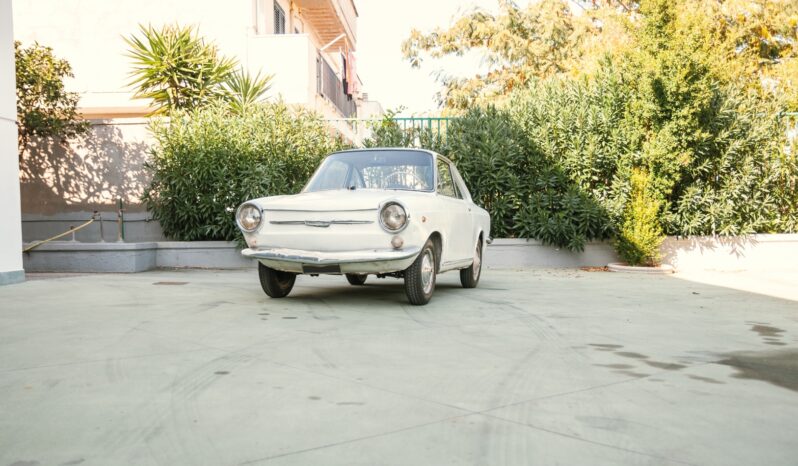 Introduced in 1957, the FIAT 500 was a utilitarian mover intended for the masses and quickly became a staple for Italy’s booming vehicle tuner industry. While Abarth dominated the race circuit with it’s high performance iterations, Giannini sold tuner kits and complete cars to those who sought a spirited driver with flair. Not far behind was Moretti, often considered the center diamond of Italy’s etceterini crown, with their elegant and spritely entry, the 500 Coupe. The Moretti 500 Coupe prototype debuted at the Turin Auto Show in 1960, with production ceasing in 1969. Beautifully proportioned, these Michelotti designed car were hand-built with a smooth and sloping posterior that afforded both styling and visibility, not easily achieved on a car of this stature. Being a true boutique manufacturer, the Coupes were not comparatively cheap, therefore selling in low numbers. Extant running 500 Coupes are estimated to be less than 100.