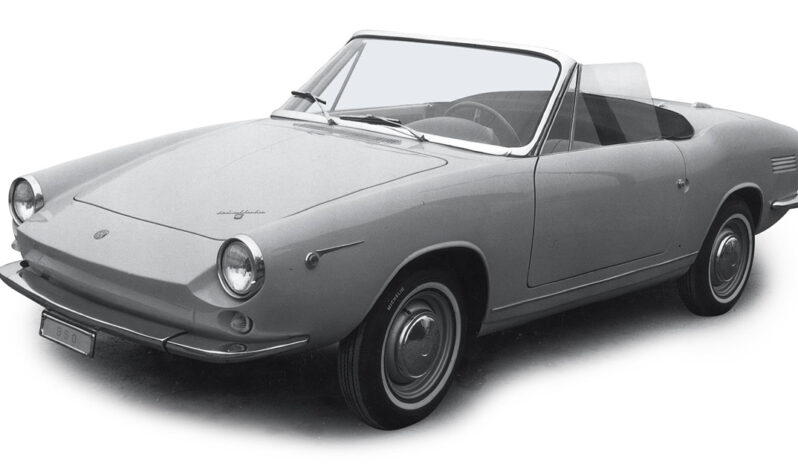 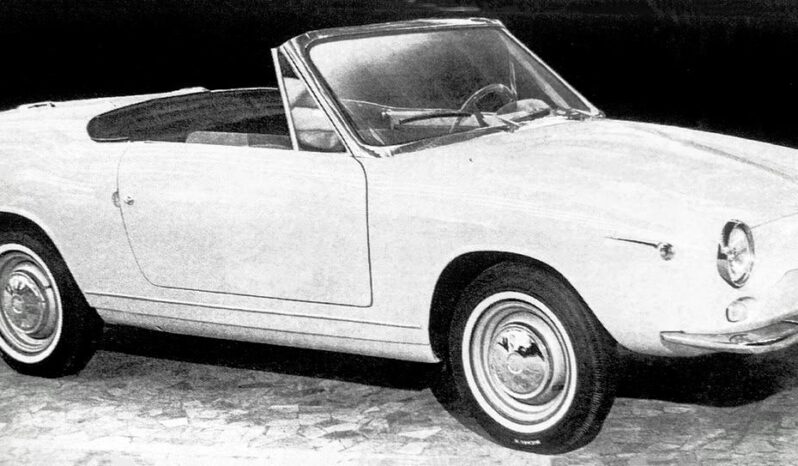 In 1964 Francis Lombardi unveiled its Fiat 850 version called Libellula (Dragonfly), a small spider with clean, streamlined lines. There are no noteworthy details except for the front which features a squared design that is well connected with the integrated bumper. In the rear part, in addition to the housing for the convertible roof, there are some slits on the extreme sides to cool the engine, a solution also adopted by other coachbuilders; but here those are more cleaner which therefore contribute to the harmonious of the whole project. It is not known the number of units produced by Francis Lombardi of this small spider, when it was unveiled the price was 956.000 Lire (the equivalent of €10.000 of today), definitly a bargain!