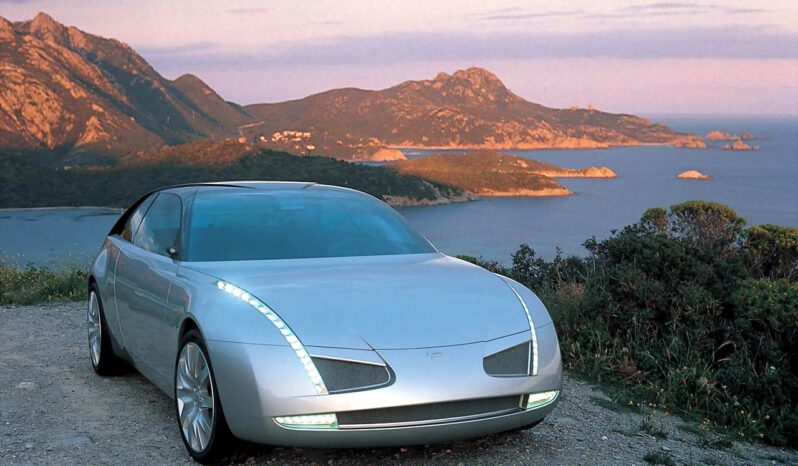 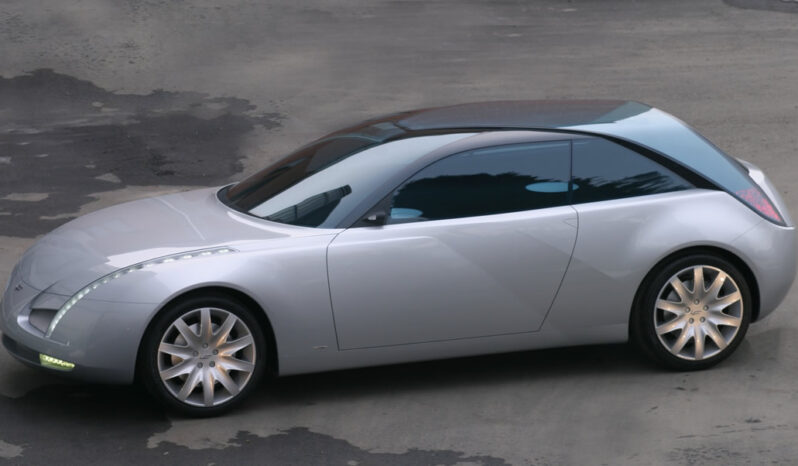 Kite, just like the kite of the surfing board which makes you dream of absolute freedom, open spaces, the sky, the light: trying to reach the same sensations even in a coupé.

The suggestion by Fioravanti for the Geneva Motor Show 2004 is a coupé trying to add to the charm of sportsmanship also the appeal of large internal spaces, not only to better accommodate passengers and improve comfort, but also to load bulky equipments needed for open air sports.
An all time problem of the coupè has always been roominess, especially the vertical one. In this particular case KITE suggests an innovative layout of the roof, both structural and geometric, allowing to obtain a larger space for the passengers’ heads in the rear space.

The roof is supported by a particularly light structure made of a perforated semi-transparent and high resistant steel plate, which beside excellent structural and light-weight characteristics adds the advantage of allowing better visibility to the rear passengers.
This element is characterised by a great tridimensionality starting in the inside front part of the vehicle as a support of the rear-view mirror and by virtue of an internal/external conduction, ends in the light tails forming the rear supports.
This particular structure , crossing various levels , is forming, in space, a proper sail.

The front part is characterized by the mark which is underlined, as in the preceding models, by simple but incisive air inlets distributed according to aerodynamics principles.

Another innovative and original element is the fourth research phase on LED headlamps which Fioravanti started as first with the 2001 Vola prototype.
In this particular case, within a research based on lightness and components reduction, our aim is to optimise the fenders framework to serve as container of the lighting components that, beside the known functions, add, in their end part, the functions of curving beams which is particularly effective in the side areas.

The side shows an original three-dimensional motive which cuts the monotony of the “ponton-side” thus giving to the vehicle a more dynamic characteristic.

At the back important features are the extreme width of the hatch allowing easy access to particularly bulky items and flashing indicators. The dot-like origin of the LED is combined with the perforation of the sail-roof and the lighting components are accommodated in the same framework of the rear supports.