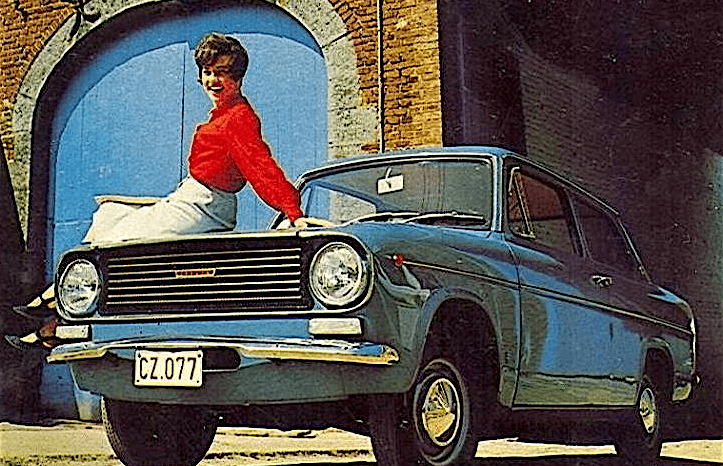 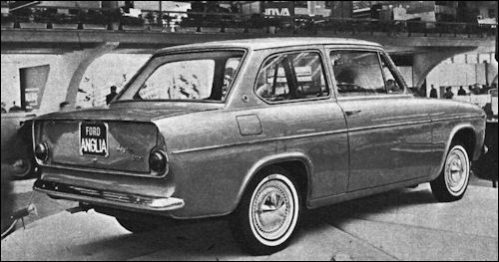 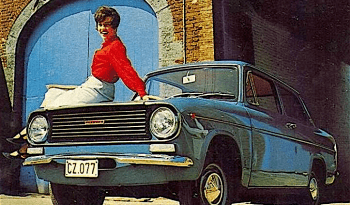 The Anglia Torino was developed by the Italian subsidiary of Ford, using the chassis and mechanical components of the 105E Saloon, with new body panels. The Torino was styled by Giovanni Michelotti. Responsibility for building the car was given to Officina Stampaggi Industriala (OSI), a division of Ghia based in Turin. This city handily supplied the revamped Ford’s official title of Anglia Torino, and was also where it was launched in 1964. The new panelwork was manufactured in Italy and other parts were locally sourced, including the circular rear lights which came courtesy of the Bizzarrini Strada and a Ferrari. Two variants were available; the standard 997cc model and the more performance-orientated Torino S with a twin-choke Weber carburettor. So delighted were Italian dealers that they presented Filmer M Paradise with a silver-painted example in gratitude. Sadly, that gratitude was probably short-lived. 10,007 examples were sold in Italy. The model was also marketed in Belgium, the Netherlands and Luxembourg. Only between 20 and 30 survive, mainly scattered across Italy.