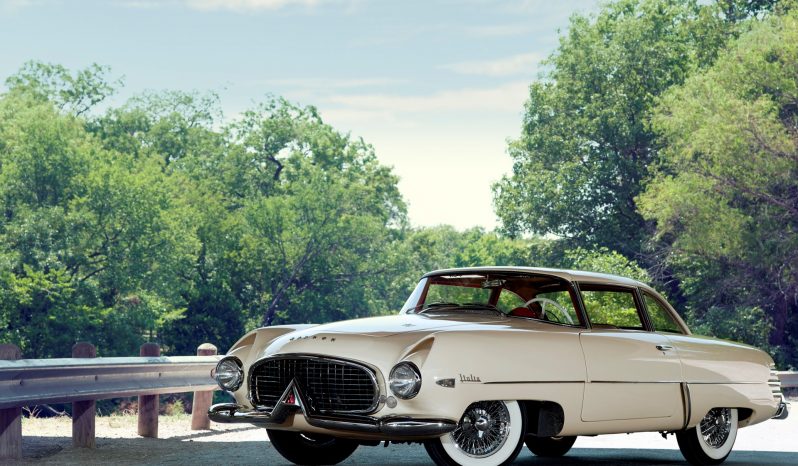 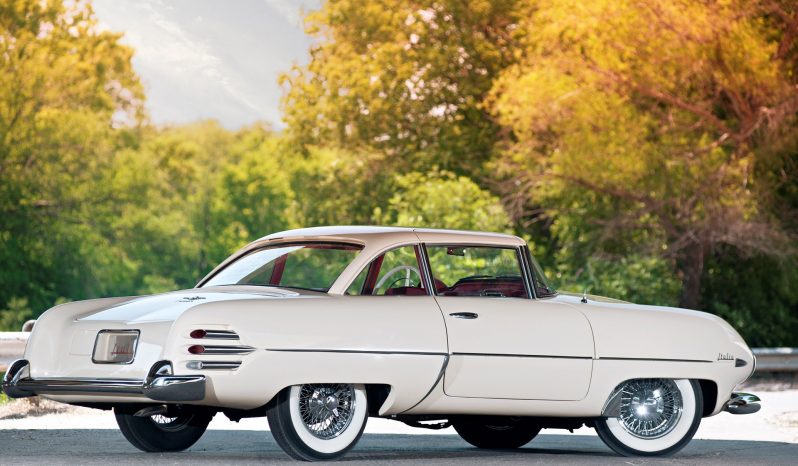 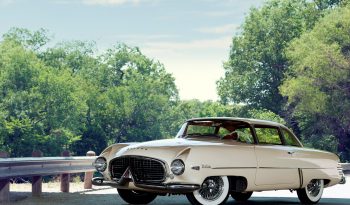 Initially introduced as a dream car called Super Jet, Hudson renamed the prototype Italia, because the body was designed and produced in Italy. Unique styling cues included a triangle-centered front bumper, scoops above the headlights, taillights mounted in three exhaust pipe-like tubes, and real wire wheels. Both the concept and production models used the 114 horsepower engine and three-speed transmission out of the Hudson Jet compact car. The streamlined silhouette was nearly 10 inches lower than standard Hudson models. A small run of 25 Italia units was manufactured in 1954.