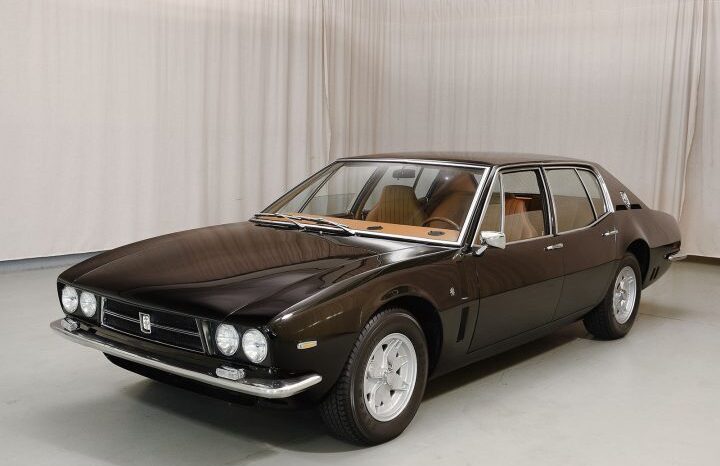 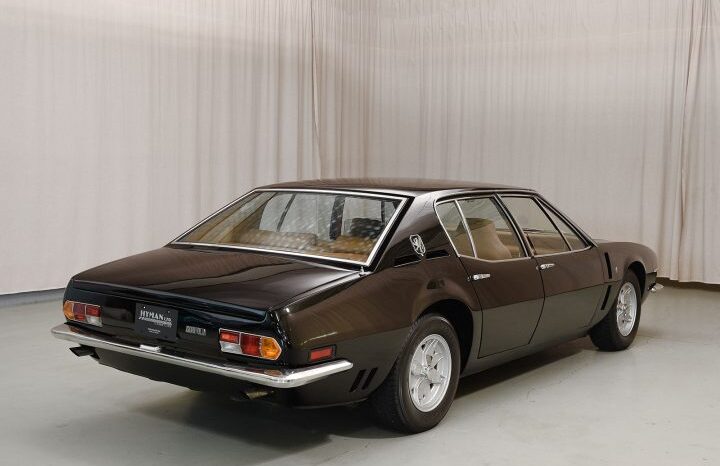 The Iso Rivolta Fidia was produced by Iso Automoveicoli S.p.A. from 1967 to 1975. The Fidia, first presented at the Frankfurt Motor Show in September 1967, was the only four-door model from Iso. Production only got underway some time after the initial presentation of the car, and its European press launch which took place in Athens, came more than a year later, in February 1969. At the time of the press launch 15 cars had already been built, but it was only in February 1969 that the car swapped its “S4” name for the more euphonious “Fidia”.The car was marketed as a unique combination of comfort and sporting performance, and the slogan that appeared in sales material was „Le quattro poltronepiu veloci del mondo“ (“the four fastest seats in the world”). The body was designed by Giugiaro at Ghia.
The Fidia, like other Iso cars, was originally powered by a Chevrolet V8 engine, and was quite quick off the line (0-60 mph in around 7 seconds). By 1973, after General Motors demanded payment in advance of shipment, the engine supplier had been switched and cars were delivered with a Ford 5.8 litre V8, matched with a ZF five speed manual gear box or with Ford’s own ‘Cruise-O-Matic’ automatic gear box.