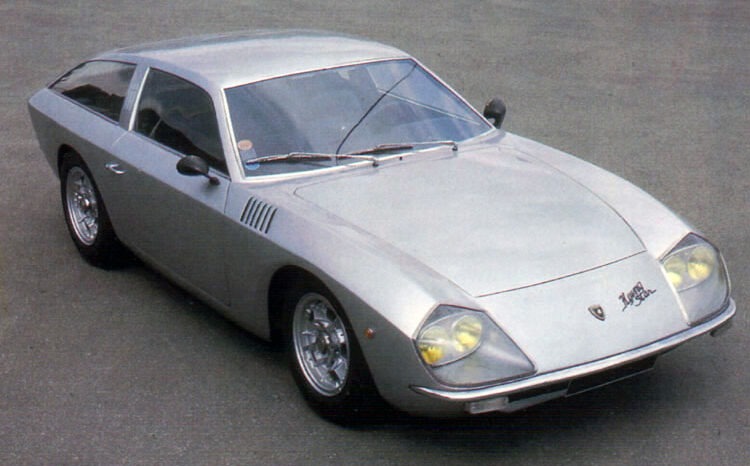 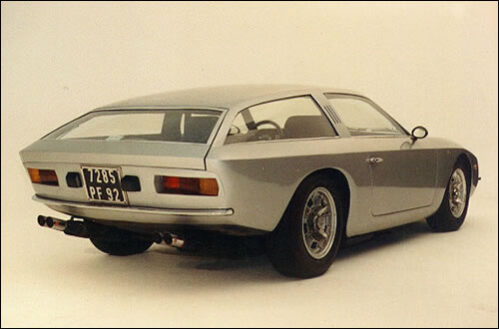 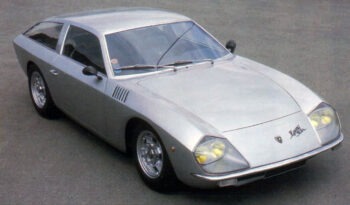 In 1966, Carrozzeria Touring Superleggera of Milan explored a new, and for those days very modern design concept. Their long relation with Lamborghini was celebrated with the unique Flying Star II, a fully functional prototype with surprising proportions. The car referred to the famous Touring Flying Stars of the prewar period; a.o. on Alfa Romeo, Lancia and Isotta Fraschini. It had an aluminum V12 engine, 5 speed transmission, fully independent suspension and disc brakes all around. The new design was for a strict two-seater with a very low and compact two-volume bodywork. It represented the ultimate machine for 2 people to travel fast in style and with luggage. This would be the last design to come out of Carrozzeria Touring Superleggera, before the company was revived in 2006 and introduced the A8GCS Berlinetta Touring based on a Maserati drivetrain in 2008.