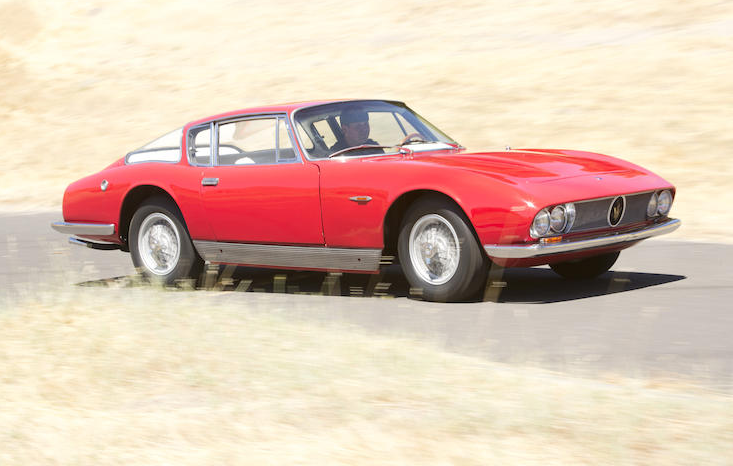 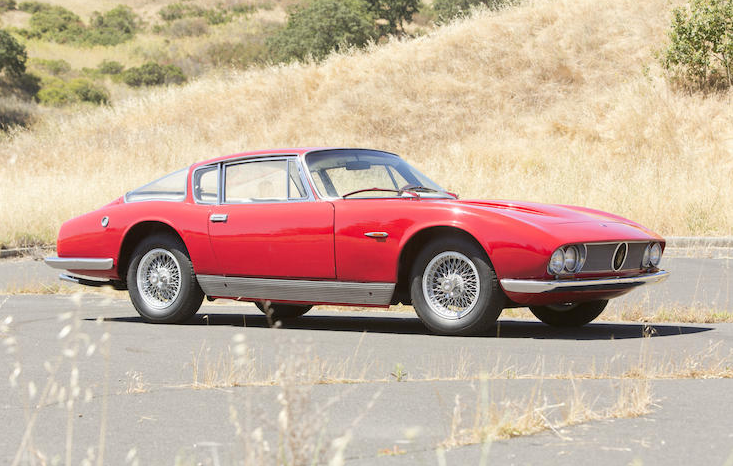 The majority of Maserati 3500 Coupés produced received coachwork by the likes of Touring, while Spiders were skinned by Frua and Vignale, among others. But not all were content simply taking a “standard” car, and while unibody construction made custom coachwork more and more of a rarity with the exception of special, very limited production vehicles like the Maserati 5000GT, there was still a market for craftsmen to create bespoke bodywork that was a bit different from the norm.

Moretti had started building motorcycles in 1925 and later moved onto to microcars. Following WWII, Moretti turned its attention to modifying Fiats and later building its own cars, the most famous of which – the Moretti 750 – is a collector car in its own right. Moretti would continue to work closely with Fiat until it closed shop in the 1980s.

This Maserati was delivered new to Copenhagen, Denmark in 1962 as a Touring bodied coupe. Following an accident in 1965, the decision was made to have the car entirely rebodied rather than repaired. Moretti was enlisted to perform the job, and the sleek 2+2 they created was displayed at the 1966 Geneva Auto Salon. The car was quite a bit larger than Moretti’s typical fare of small and medium displacement cars, but the long hood and Kamm tail worked well to produce a swift fastback that brings the Iso Grifo to mind. Pictures from period magazines show the car in a slightly darker red than it presents in today and wearing Danish license plates.

The rare Moretti-Maserati Coupe’s history from the late 1960s through the mid-1980s is unknown at the time of publication, but by the ’80s the car was with a collector in Germany. Acquired from Germany in 2000 by noted Maserati collector Alfredo Brener, the car came to the US and was gently refurbished. Mostly original, the Maserati Coupe Speciale was repainted in bright red, while its white leather interior was redone presumably around the same time.