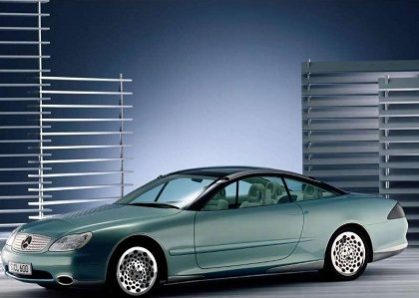 The Mercedes-Benz F200 “Imagination” coupe was a concept study from Mercedes, build by italian coachbuilder Stola. Unveiled at the 1996 Paris Motor Show. The goal was to show off innovations in control, design, and comfort in passenger cars. The car’s exterior design was in part based on the, then, upcoming S-Class. This 2-door coupe also previewed the CL-Class coupe, which debuted in 1999. One of the unique innovations was the implementation of “Sidesticks”. Sidesticks were a drive by joystick design (rather than the conventional steering wheel and gas/brake pedals) that could be toggled between the driver and passenger.