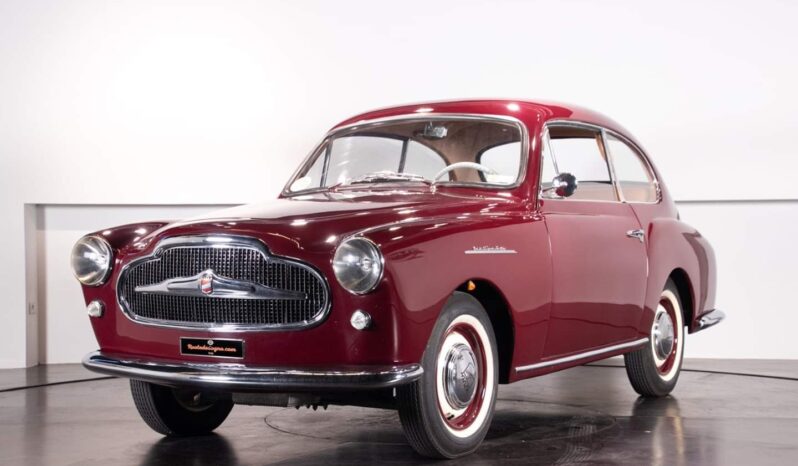 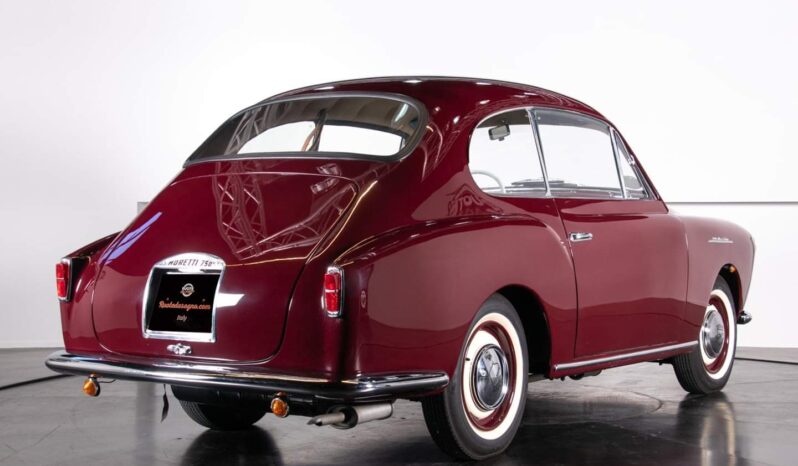 The name Le Cap derives from the incredible race of two pilots who in 1951 won the 1st Algiers Rally – Cape Town, covering 16,000 kilometers aboard this little Moretti, across Africa. Later, to celebrate its success, the House renamed it with the name of the race.
This is the last survivor of a 5 units made in pre-series. The “Moretti 750 Alger – Le Cap” was often the subject of publications on automotive history texts and in 1954 it was displayed with full honors, at the Fiat stand at the Turin Motor Show. The mass production reached a total of 200 cars and today only 4 other cars in the world are registered.
This model has some features not present in the standard model, such as the front frieze of the oversized grille, the aluminum steering box, the rear lights with flat gem, the 4 instead of 5-hole wheels and a 30 horsepower-powered engine (instead of the 27 of the series cars).
The history of this car is absolutely original and fascinating. Immediately after its purchase, it was occasionally used by its owner who, after some time put it away, semi-forgotten under a roof of his villa. About four years ago, thanks to some demolition works carried out by the heirs of the villa, the “Moretti 750 Alger – Le Cap” came to light again, dusty but intact.
It had in fact been walled up for many years under the canopy which, however, preserved its originality and value.