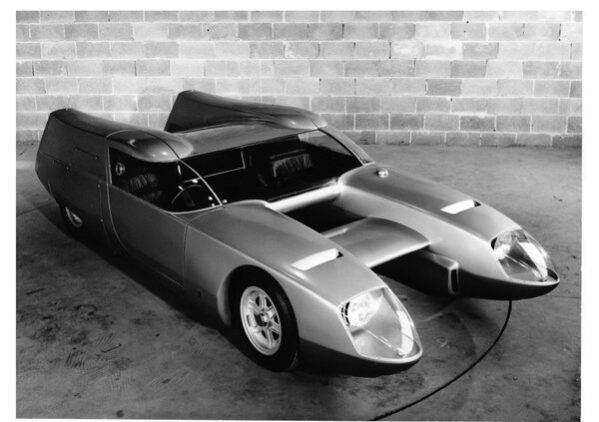 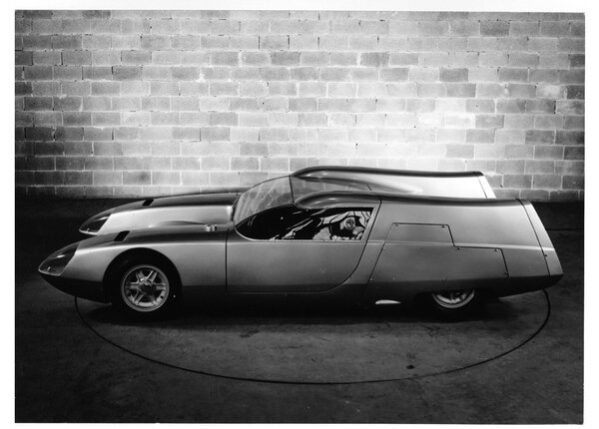 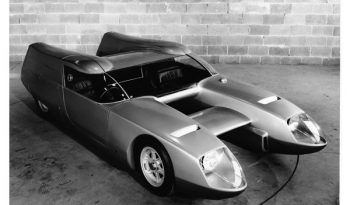 Shown at the Turin Motor Show the Silver Fox was aimed at competition (Group B6) and at reCord attempts. It is powered by a 1000cc Renault Alpine four-cylinder unit positioned obliquely behind the seat in the left-hand boom. Between the two booms there are three wing-shaped aerodynamic aids, the front one is adjustable with the vehicle static, the large central one is equipped with a wing adjustable when driving, whilst the rear one is fixed and include aerodynamic brakes.