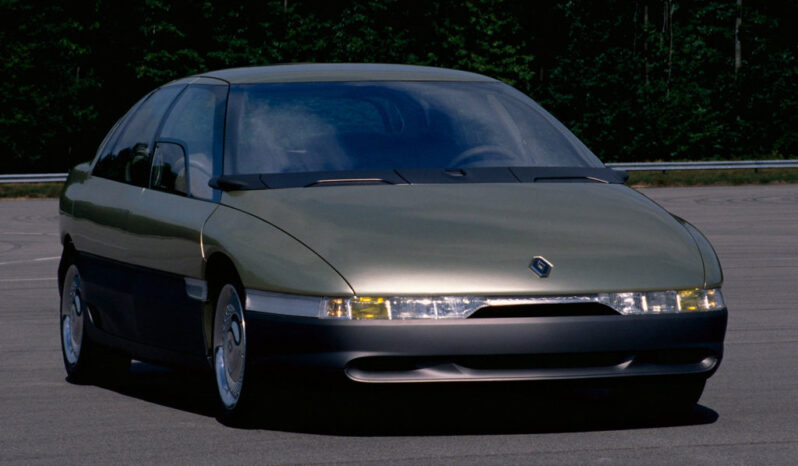 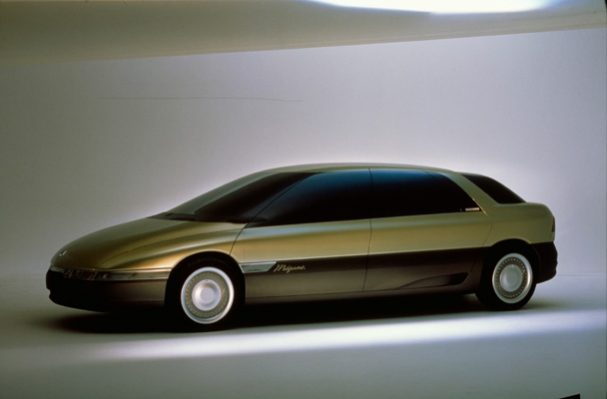 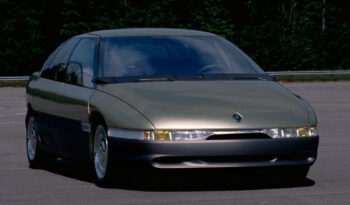 The Megane was first presented at the Autumn, 1988 Paris Auto Show. Developed over a 5-year period between Renault and French television-broadcasting company, TDF, the Megane was an aerodynamic four-seat sedan with a low drag coefficient of 0.21. With first-class aircraft-style seats, a pull-out trunk, and electronic sliding doors, the Megane was designed with optimum luxury in mind. A 3-liter turbocharged V6 engine also propelled the Megane to a top speed of 160 miles per hour. The Megane’s 130-horsepower engine thrusted the car from 0-60 miles per hour in eight seconds. The front passenger seat could rotate to face the rear passengers, as the seat belt traveled along with the seat. The rear bench seat could recline, as the rear window slid back along rails to create more head room. The single front windshield wiper was concealed under a panel until it was engaged. The fully-adjustable driver console consisted of analog gauges, a simple steering wheel, two rear-vision monitors, and easy-to-reach controls. Fixed windows, with partially-movable sections on the front windows limited interior ventilation, aside from the electronic air conditioning system. The rear passengers had use of two retractable ceiling-mounted televisions which could also display the atlas system mounted up front. The rear seats were also divided by a cooler for food and drink storage. The navigational system also provided information on upcoming hotels. restaurants. etc. A hands-free telephone was built into the front section, while the rear section was fitted with a hand-held phone. The transmission was automatic, which could be switched to a clutch-less manual. This concept was build by Turin based coachbuilder Coggiola.