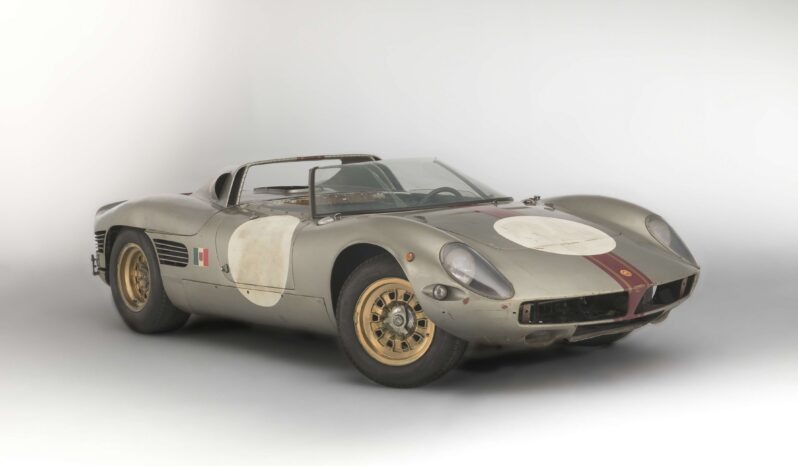 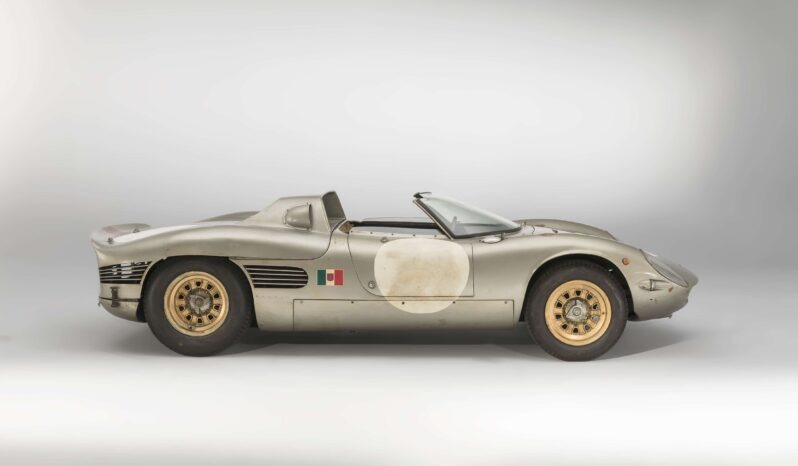 One of two spyders built on the base of the first 308 V berlinetta, and this is the only one to survive. Designed with a tubular frame chassis, it was fitted with an engine developed by Alberto Massimino: a 3.5-litre twin overhead-cam V8 at 90° with twin-spark ignition, four twin-choke Weber 40 DCOE carburettors and a dry sump. The gearbox, in characteristically high, narrow form, was also built by Massimino. Girling disc brakes were fitted with 15-inch Campagnolo wheels. The aluminium body, built in the Fantuzzi workshops, bears a resemblance to the Ferrari 250 LM. It had a fuel capacity of 119 litres and weighed 985 kg. This car first appeared in ” road-going ” form, with bumpers and wire wheels. It was then race-prepared and entered, in the prototype category, for the 1966 Le Mans 24 Hours, driven by Jean-Claude Sauer and Jean de Mortemart. It was sold by Artcurial in 2019 for stunning 4,218,800 €.