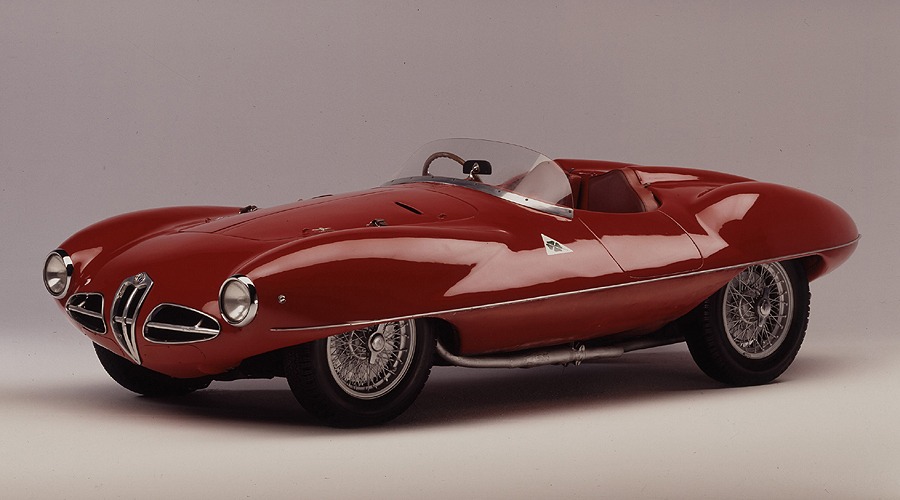 Alfa Romeo, like many other car manufacturers, was dealing with financial problems in the post-war years. Although Alfa had always been at the top of racing events and had even won the 1951 F1 World Championship, they had to withdraw from F1 because of the new regulations for the 1952 season which required a new engine Alfa was unable to develop at the time due to the budget shortfall. This decision didn’t mean that the race department had to quit any motorsports activity, but instead, they started working on a new project, developing the sport nature of their current products. What they already had was the 1900 road car, on which the modifications started in cooperation with Carrozzeria Touring of Milan, hoping to take part later at Le Mans or Mille Miglia with, or at least sell it to other racing teams. The C52 project started under the supervision of Carlo Felice Bianchi Anderloni as the head designer.

The 1900 engine design by Gioacchino Colombo was maintained, but aluminum alloy was substituted for cast-iron, and the 4 cylinders were bored out slightly. While using the original suspension, an all-new space-frame chassis was developed for the car. What makes it special is the iconic body, designed not just to reduce the drag, but the side winds effect too. When debuted at the New York International Motor Sports Show, people noticed a strange lenticular body with large overhung fenders that reminded them of a UFO; the reason it was nicknamed “Disco Volante”, which means Flying Saucer in Italian. Featuring also a full underbody cover, this body proved to be aerodynamically efficient, both at wind-tunnel tests, and on the track with almost no lift at the top speed, when first tested at Monza. 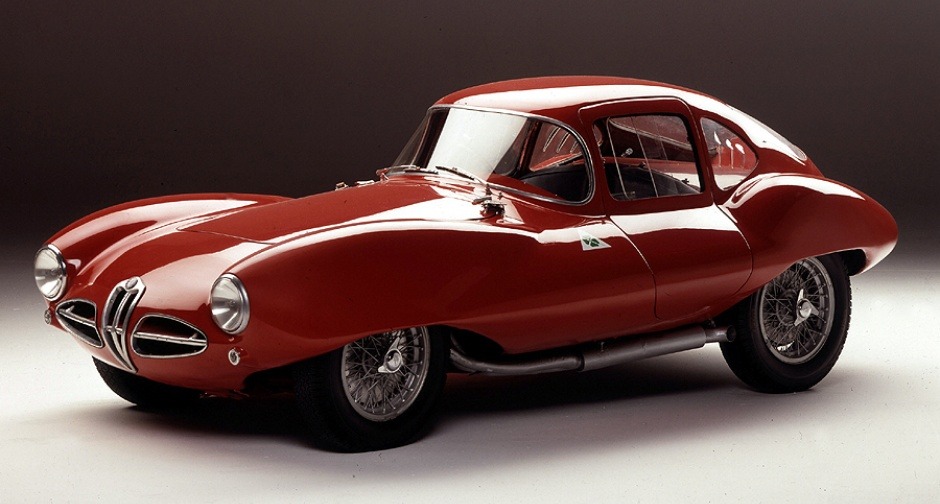 3 spider models were made in 1952, 2 of them were modified later; one was equipped with a fixed roof and changed to a Berlinetta, while the other one narrowed down for hill-climb races, cutting off the bulging fenders. The latter was dubbed Fianchi Stretti, the Italian for Narrow-Hipped. In 1953, 2 other examples were made, this time fitted with a basic version of 6C 3000 CM race model 6-Cylinder engine, but one of them is believed to be dismantled by the company and doesn’t exist today. So did this car eventually attend any race? The answer is: No. Actually, none of the 5 examples ever raced.

4 Cars were planned to be prepared for the 1952 24 Hours of Le Mans, to be raced by the pairs: Juan Manuel Fangio / Jose Froilan Gonzalez, Franco Cortese / Consalvo Sanesi, Emmanuel de Graffenreid / Willy Daetwyler and Giulio Cabianca / Bruno Ruffo. Unfortunately the decision was cancelled before the race since there were uncertainties about its ability to endure the race, and it also had some stability problems. In fact, Disco Volante was hastily developed in a too short time to be properly tested and corrected for before the race. 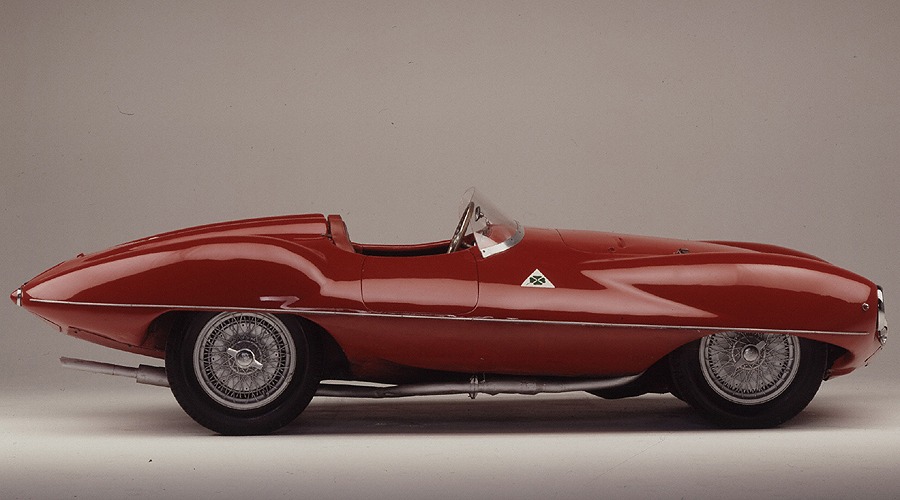 Disco Volante, a perfect combination of beauty and performance just as we expect an Alfa, and a priceless heritage of the 50s, inspired so many following Alfas, as well as other cars after. Its chassis design was used in developing later race platforms by Alfa, like the 60s well-known Tubolare Zagato (TZ). You can also detect the curves and lentil-like body form on cars like Jaguar D-Type, and later the E-Type. Carrozzeria Touring also introduced a new limited production model at the 2013 Geneva Motor Show, based on the 8C Competizione and named it after the Disco Volante to revive its name and memory. 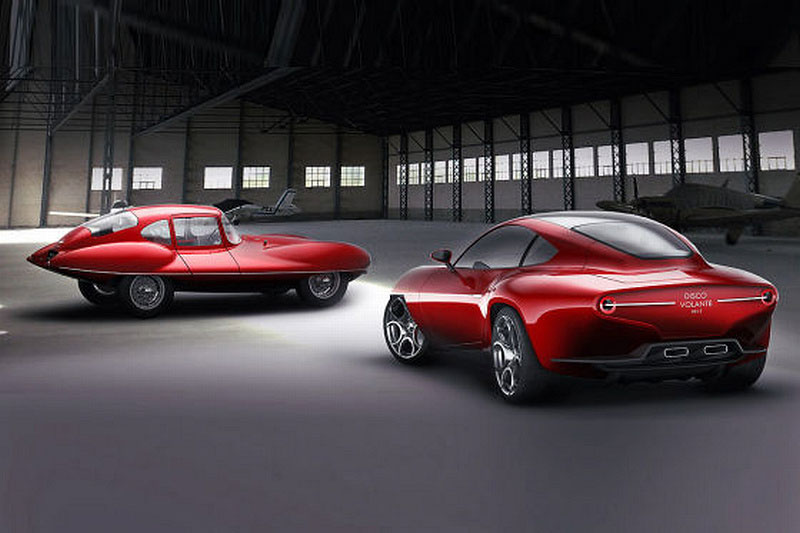 The superleggera tubular space-frame with a 2220 mm wheelbase, had a front longitudinal engine, rear wheel drive layout and was fixed on the Alfa 1900 suspension which featured double wishbone at the front and live axle connected with upper triangle A-arms and double lower longitudinal reaction arms at the rear, both using coil springs and hydraulic telescopic shock absorbers. The car also used 4 drum brakes on 16” wheels. The aerodynamic lenticular body had an astonishing drag coefficient of 0.25 which was the lowest of any car at the time. The 4-cylinder examples had a curb weight of about 735 Kg, and the 6-cylinder version around 760 Kg, thanks to the superleggera structure and exploiting light-weight alloys. The modified Alfa 1900 straight-4 all-aluminum engine was a naturally aspirated, 2-valves/cyl, chain driven DOHC, with a 2.45 mm increased bore of 85 mm, stroke of 88 mm and total displacement of 1997 cc. The compression ratio was also raised from 7.75 to 8.73:1. The Spider and the Coupe each used 2 twin-choke Weber 50 DCO 3 carburetors, but the Fianchi Stretti had 2 Weber 40 DCOE ones. These carburetors were both side-draught to have a low and flat bonnet profile. This engine could produce 158 bhp at 6500 rpm, which was transmitted to the rear wheels through a double-plate clutch, a 4-speed synchro gearbox and a limited-slip differential, able to propel the car to a top speed of around 225 Km/h. 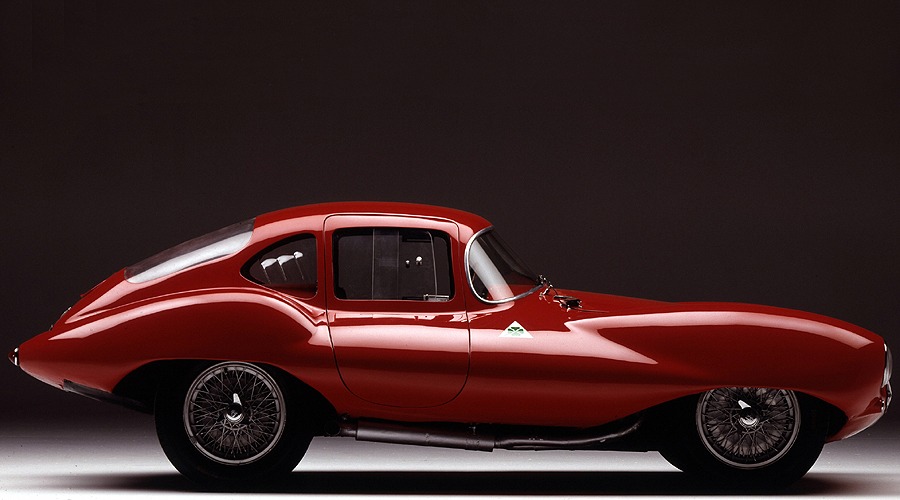 On the other hand, the 6-cylinder one used a chassis with slightly extended wheelbase and a 3495 cc straight-6 engine. There is no official information about the engine, but that’s believed to produce between 225-240 bhp at 6000 rpm and able to give the car a top speed of around 240 Km/h. 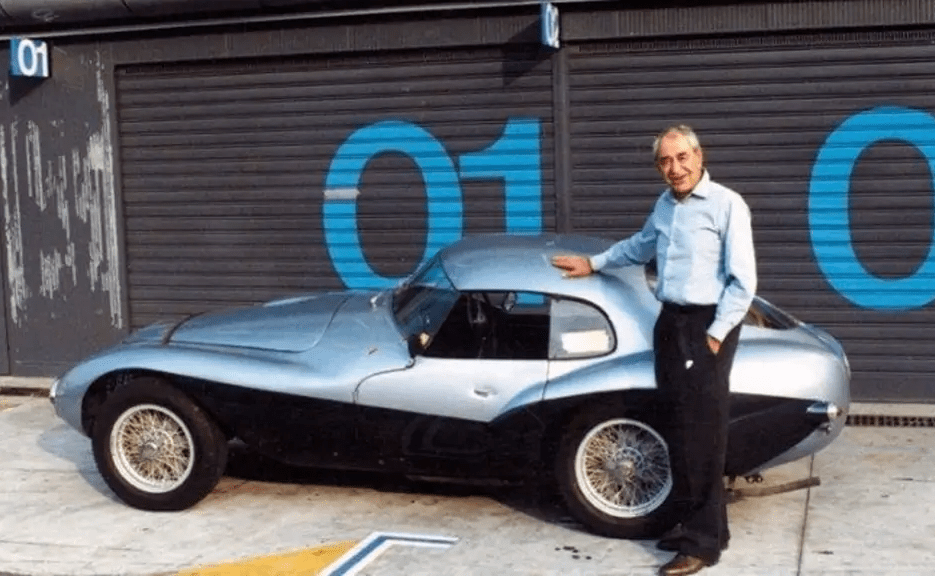 Giannino Marzotto was one of the Marzotto family’s heirs, a well know family of entrepreneurs in the textile industry; Enzo Ferrari’s friend and great… 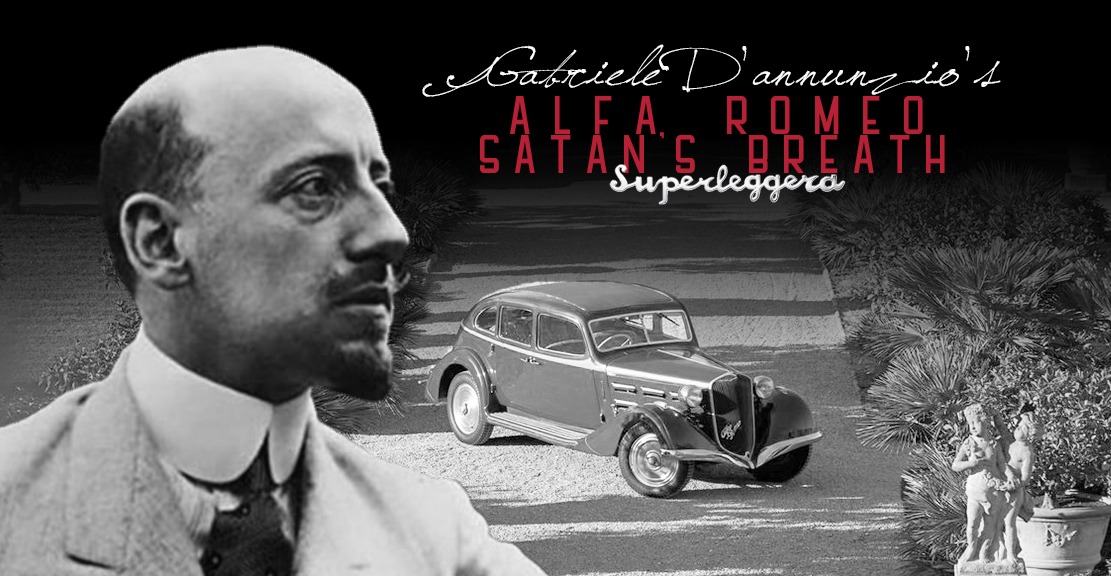 Soffio di Satana, is the name given by Eng. Anderloni (founder of Carrozzeria Touring Superleggera) to a model of Alfa Romeo 6C 2300 Turismo… 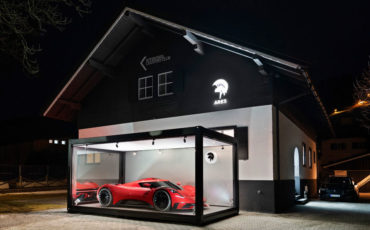 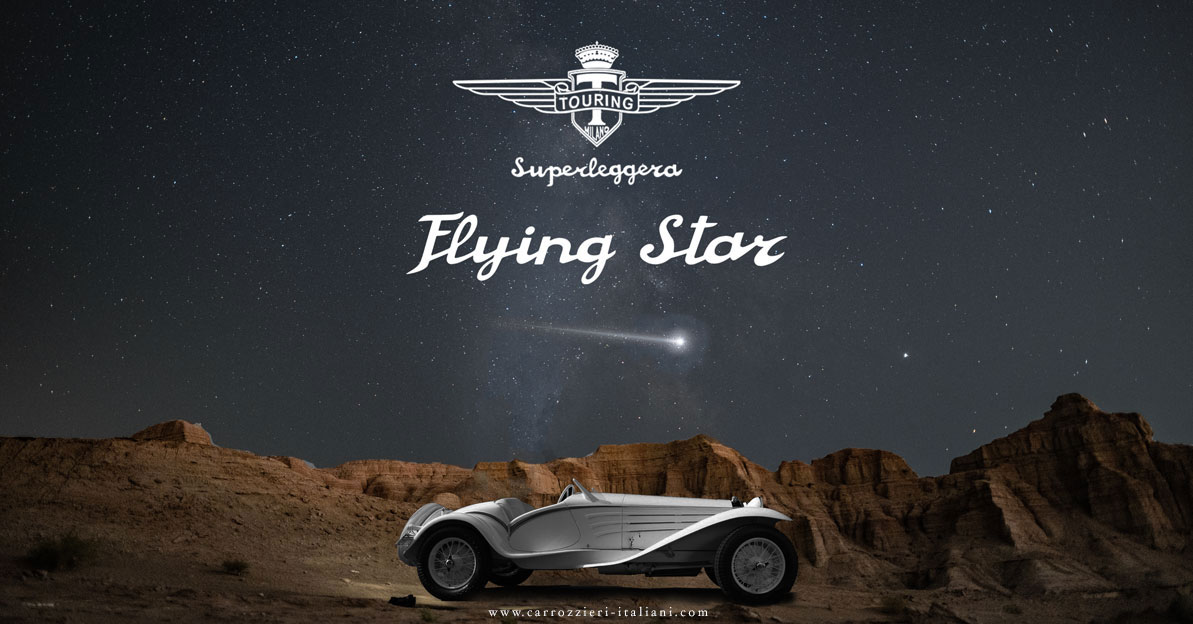 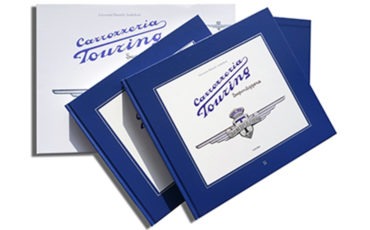 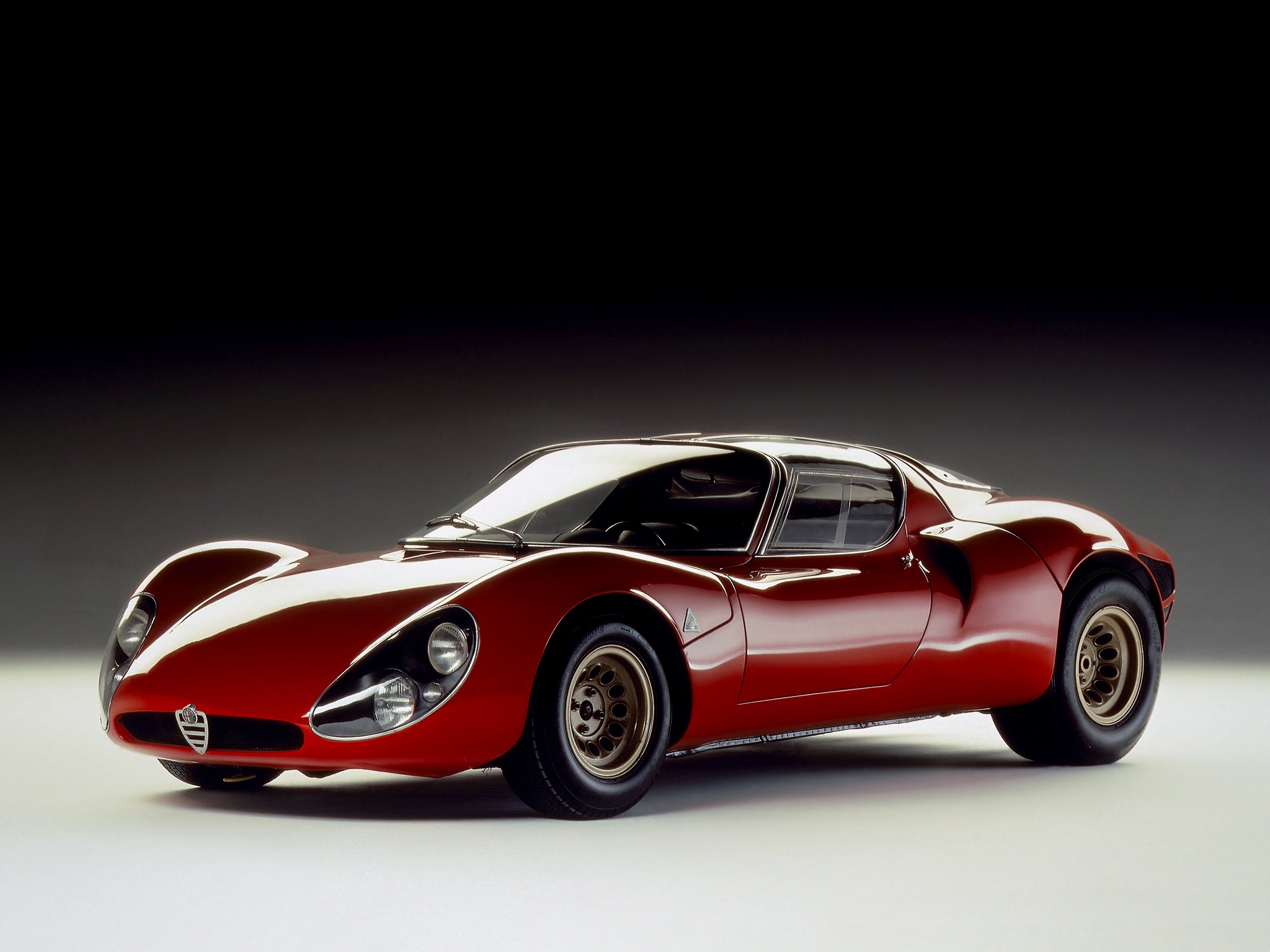