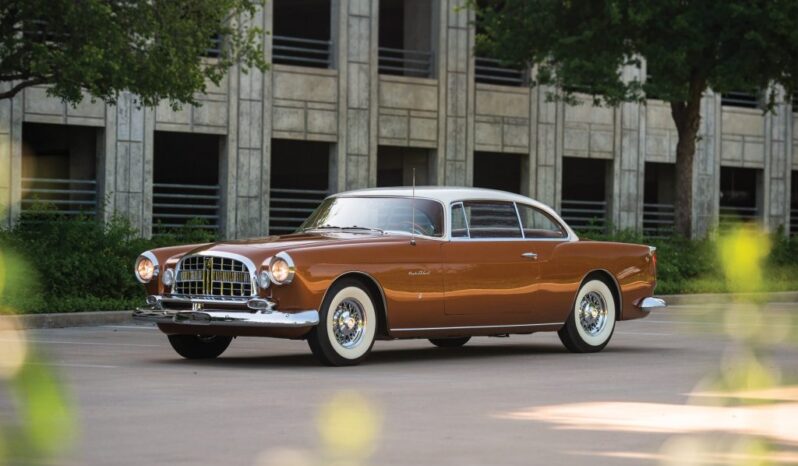 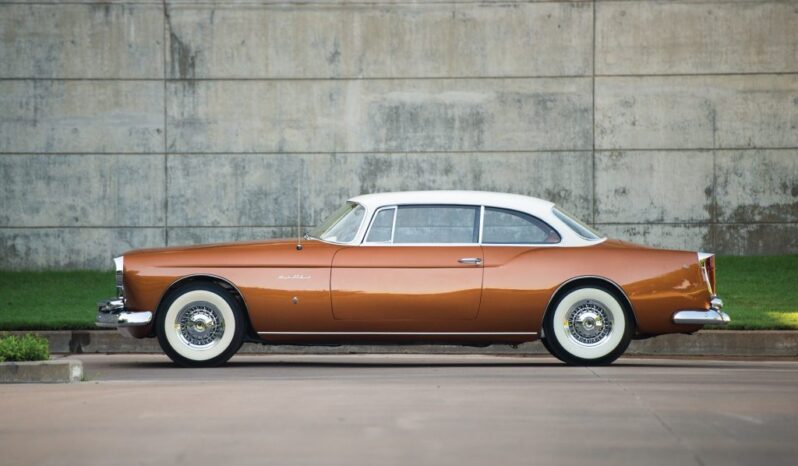 In the years immediately following World War II, Chrysler Corporation came to realize that having their show cars bodied overseas was a win-win situation. Renowned Italian coachbuilder Ghia could produce handsome, beautifully detailed automobiles, and at a cost much lower than contemporary American shops. The result was a series of memorable show cars, largely styled by Virgil Exner’s Chrysler studio and produced by Ghia between 1951 and 1959.

The Ghia Chryslers attracted enough attention in Europe that French Chrysler importer Charles Ladouch worked with the factory to have a limited number of so-called Chrysler Specials produced by Ghia to modified versions of the show car designs. Several different series were produced.

Among the rarest was the modern ST Special of 1954-1955, based on the Chrysler New Yorker and sharing its bumper, headlights, and instrument panel with a body that was lower, sleek, and genuinely Italian. By this point Chrysler’s corporate influence in the design of the “Specials” had waned, and Ghia was more or less free to build the car they wanted, with subtle lines that included a beltline crease, subtly finned rear fenders with bladed taillights, and a low roofline reminiscent of their coupes on Alfa Romeo chassis. Only the radiused fenders and imposing chrome grille, bearing the Ghia crest, bore resemblance to earlier Ghia Chryslers. Power was provided by a 250-hp Hemi V-8 and two-speed PowerFlite automatic transmission. Just four examples of the ST Special were produced, two each for French and Italian customers.