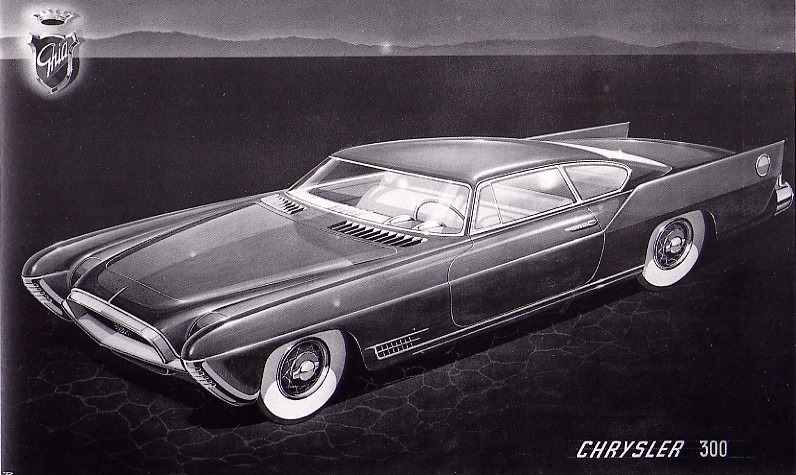 The Chrysler K-300 Special by Ghia

This one-off 2-seater coupe is designed by Virgil Exner, the famous designer of Chrysler in 50s, in cooperation with Luigi Serge known as “Gigi” who was the International Commercial Director and a well-known designer at Ghia studio, also a close friend of Exner’s. The Long hood, low roof and tail fins were Exner’s signature also seen on this car. This car was born in the period Ghia was expanding its career internationally and was cooperating with Chrysler.

The Chrysler was ordered by the Shah of Iran, Mohammad Reza Pahlavi, for his second wife, Queen Soraya and was built in Carrozzeria Ghia of Turin. It was equipped with a record player fit in the glove box, a drink fridge behind the seats, a radio phone, air conditioning system and gold plated instruments of the interior. The Shah had ordered a bigger 392ci engine with double 4-barrel carburetor for the car so it was shipped to Iran with an unassembled engine which was then finished at the Royal Garage in Iran by Reza Dardashti, the head mechanic.

It was used by Queen Soraya as a personal car until it crashed and the front part was damaged. Later in early 1958 Queen Soraya left Iran forever and got divorced. The car went into a long sleep until the 1979 revolution in Iran leading to confiscation of all the cars belonging to the Royal family by the new government. That was kept along with many other cars in a hangar until early 1991 when it underwent a restoration job inside Iran performed by a team led by Mansour Kamranfar, an Iranian restoration expert. Finally it was delivered to the National Car Museum of Iran in Tehran where it is on exhibition.