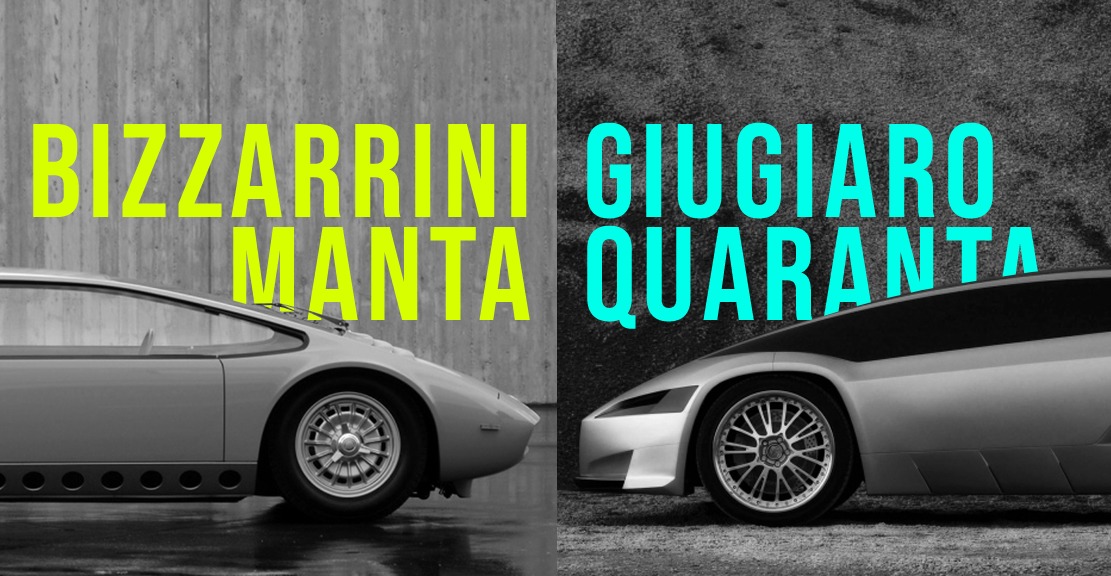 Despite its flat, highly compact shape, the Quaranta features a single-volume shape, characterized by a continuous body line stretching from its clipped nose to the tail that exploits the almost horizontal rake of the windscreen, as a hommage to the 1968 Bizzarrini Manta which, at that time, represented a major breakthrough in styling.

Let’s analyze together the design of the two Giugiaro concept cars.

Top view: We can clearly see the solar panels on the Quaranta.