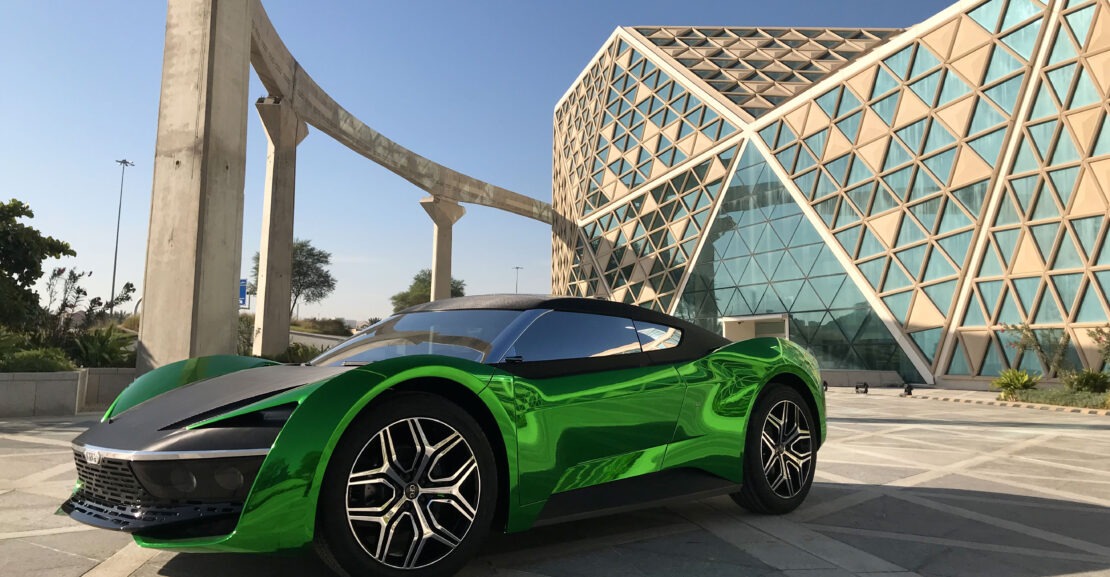 GFG Style 2030: from Riyadh to Geneva

Turin, December 02 2019 – At the Riyadh MotorShow 2020, GFG Style is unveiling the teaser preview of its new Electric Hyper SUV dedicated to Saudi Arabia, which will be officially presented next March at the Geneva International Motor Show 2020.

The showcar is called the “2030“ and it was unveiled in Riyadh on November 21st in the presence of the highest authorities. The name “2030” evokes the great ‘vision2030’ project involving the Arab state. Saudi Arabia’s economy is infact moving towards a radical transformation: less oil, more industry and more space for foreigners in the tourism sector. Designers Giorgetto and Fabrizio Giugiaro have chosen to dedicate this research project to Saudi Arabia in the form of a superhigh-performing sports car: a 2door, 2seat, full-electric, 4-wheel all-terrain drive HyperSUV.

Fabrizio Giugiaro outlines its features:
“We modelled the 2030 on a carbon fibre body and aluminium frame, with super-sporty lines but also designed as a celebration of off-road and full electric mode driving: I believe the architecture is rich in content and it’s perfect for the needs of this incredible, extraordinary territory at this particular moment in time”.

Giorgetto Giugiaro adds:
“The inspiration for our design came from the territory and its evolution: simple, clean, sleek lines, like the desert itself, but able to excite; so an aggressive, distinctive front, a majestic, well-balanced rear, sides with sinuous lines without frills but able to convey emotion. A car conceived for fast driving on a desert track, perhaps where the skyline of Riyadh can be glimpsed with its strong technological image with an eye to the future, just like the 2030.“

One curiosity, the bodycolours of the 2030 could, of course, only be mirrored green and carbon black: those of the Saudi Arabia flag.