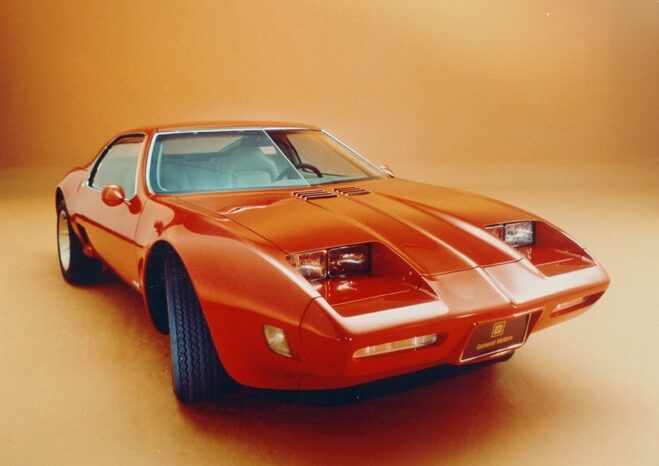 Designed by GM’s Experimental Studio and built in 6 months on a modified Porsche 914 chassis by Pininfarina, the 2-Rotor made its debut at the 1973 Frankfurt show. This little concept mounted a 180-horse Wankel transversely, driving a new automatic transaxle being developed for the forthcoming X-body Citation. Like the original XP-882, it was widely believed to be a precursor of the next-generation Vette.