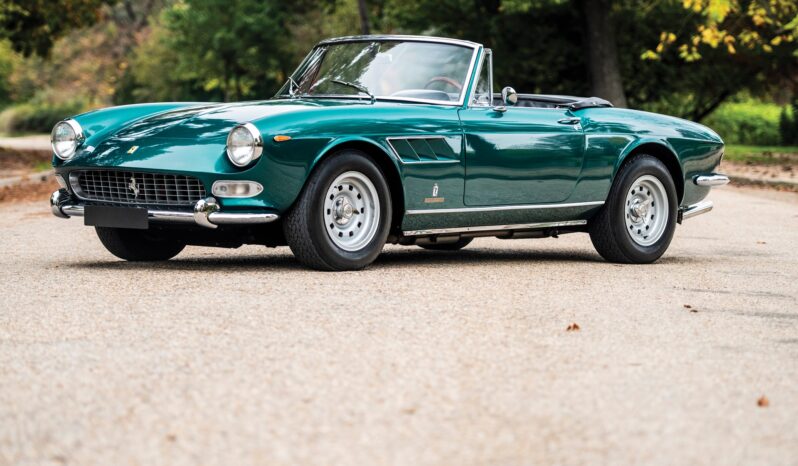 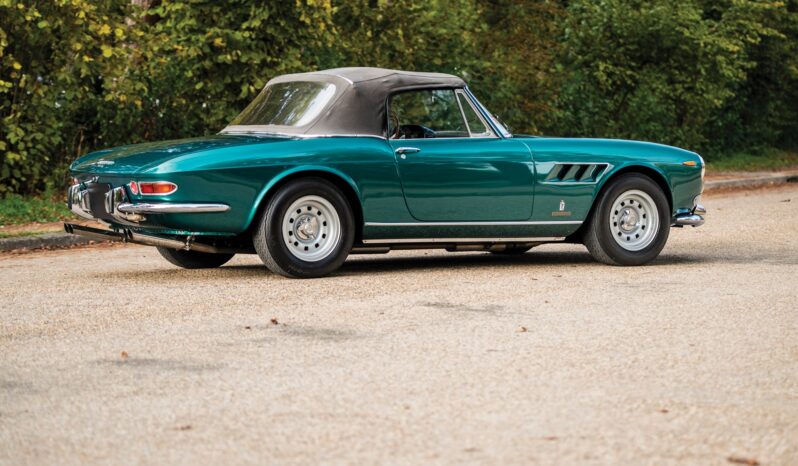 At the Paris Salon in October 1964, Ferrari introduced the 275 model line, consisting of a closed berlinetta and an open spider, both of which were designed by Pininfarina. While the chassis and engines for the two models were essentially identical, the similarities ended there, as the berlinetta was completed by preferred competition coachbuilder Scaglietti, and the more luxuriously appointed spider was built at its designer’s Grugliasco factory.

The open car was completely different in appearance and proportions to its closed sibling, though it was constructed of steel with aluminium doors, bonnet, and trunk lid. Uncovered headlamps, triple-louvered fenders, a tapered rear end, and standard Borrani wire wheels were the spider’s major physical identifiers, and those features were eventually carried over to the 330 and 365 GTS variants that followed. Only 200 examples of the 275 GTS were built over an 18-month period of production, making the model far rarer than the berlinetta. Prized by marque enthusiasts today as the luxurious grand touring expression of the celebrated 3.3-litre platform, the 275 GTS has evolved into one of the era’s most collectable open Ferraris.