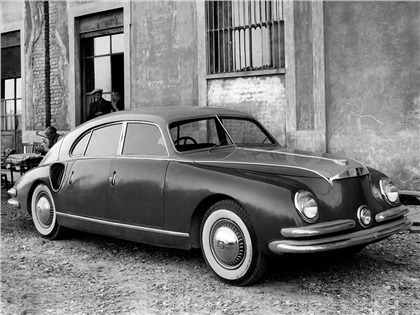 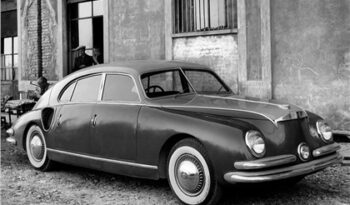 The Tipo 8C Monterosa cars were built between 1945 and 1949 with development having begun as early as 1943. The model was intended to be Isotta Fraschini’s initial post-war offering once normal industrial activity resumed. The Tipo 8C would be Isotta Fraschini’s first new model since production of the Tipo 8B ended in 1934 after which all activities were limited to military rearmament/war production by the National Fascist Party in power. Official presentation of the 1947–1948 Isotta Fraschini Tipo 8C Monterosa took place on October 1947 at the Paris Motor Show in the Grand Palais. The “Monterosa” represented the swan song of the prestigious Milanese brand and did not reach the production stage. The chassis pre-built series were set up for a 4-door sedan by Zagato, a two-door sedan by Touring and convertibles by Boneschi. All versions had 6 seats. This attempt to resurrect a model of automotive superiority was a complete failure. Only repeated restructuring of Isotta Fraschini’s holding company made it possible to maintain its Italian plants and preserve a pair of prototypes to this day (one black coupe with a sunroof, and one two tone white and dark blue convertible).